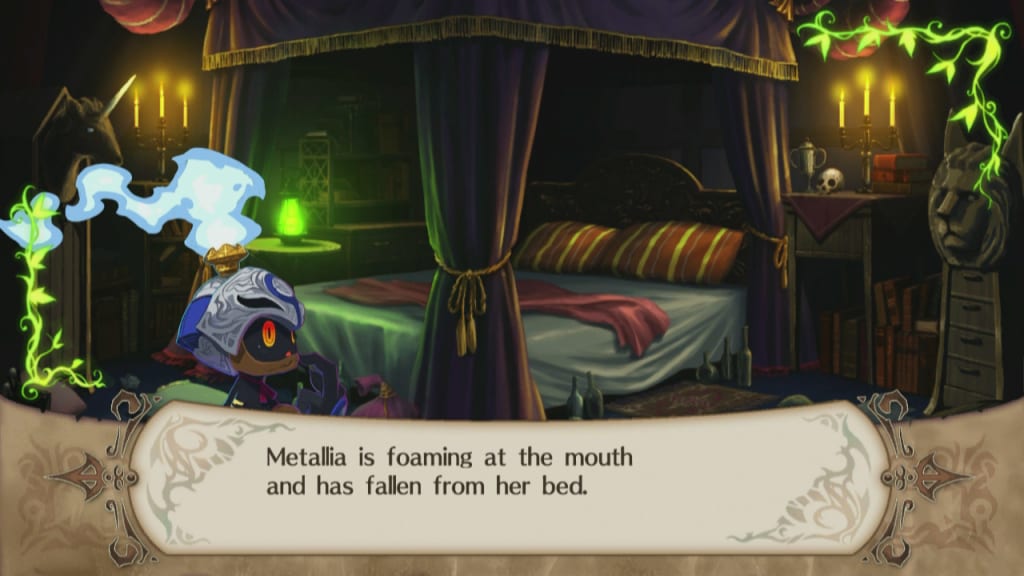 In their first assets batch for the year, US-based anime and video game publisher Nippon Ichi Software America has shared a new set of screenshots for their long awaited release of The Witch and the Hundred Knight on the Playstation 3. These screenshots take a brief look at a few snippets of dialogue, but primarily focus on the main gameplay – from battling in 3D environments to customizing the “Hundred Knight” though the Stomach Stock and Facet Change systems.

The Witch and the Hundred Knight is set for release in PAL regions (Including Australia and New Zealand) from the 21st March 2014, with the North American release to be published a few days later on the 25th March 2014. The game will be available both at retail and via the Playstation Store exclusively on the Playstation 3.