Demon Core was the nickname given to a subcritical mass of plutonium that accidentally went critical in two separate accidents at the Los Alamos laboratory in 1945 and 1946. The consequences of these accidents were fatal. After using it in an atomic bomb test in 1946, the term has been almost forgotten in the public, until there was an incident at an undisclosed location near Kemerovo, Russia in 2024. And this one was not like the original. After these incidents, the sphere of any volatile matter has been referred to as the Demon Core.

They want it. You need to stop them.

Developed with the goal to “bring back the story driven FPS with a bang”, the team at Finnish development studio Apex Games are calling upon the gaming community to support them in finishing off the development of their upcoming title Demon Core through the IndieGoGo service.

The game is described as featuring “an edge female protagonist; a scientist forced to take up arms when everything falls apart and unique art style combining near-future high technology with exotic Russian design, filled with ornaments, decorations and elegance. Some of the promoted gameplay elements also include: 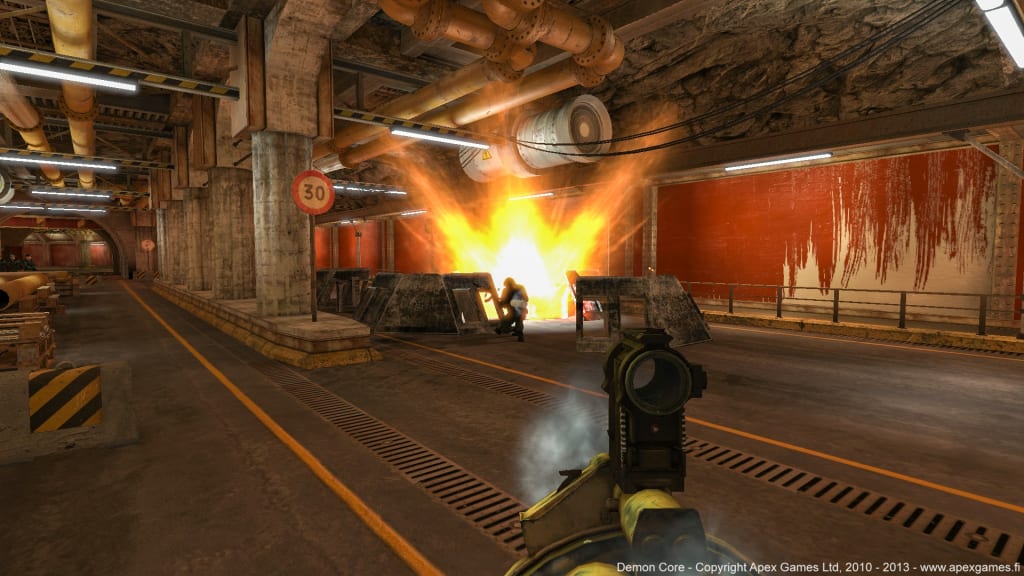 Apex Games have gone onto the IndieGoGo service with an ambitious pledge goal of $180,000 in 46 Days – with funds to go towards achieving their original vision and making the game as polished as possible. The first perk tier to offer a digital copy of the game is $20, with other goodies on offer including the typical assortment of “Name in the credits”, Posters, physical goodies and an invitation to the launch party (Which apparently involves a cottage with sufficient amounts of alcohol!).

Unfortunately the future of this project is less certain if the crowdfunding campaign fails – as rather than go down the “flexible funding” route, they have chosen the “Fixed Funding” – meaning it is all or nothing. As of this post they have made $330 USD with all 46 Days still to go.

For more information on Demon Core check out its official IndieGoGo page HERE.