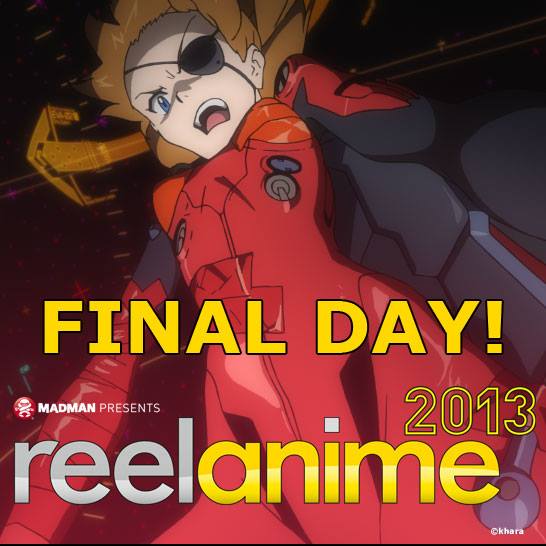 Madman Entertainment have announced that today was the final day for anime fans across Australia to check out five of the hottest anime films from Japan in cinemas as part of their now annual Reel Anime festivities. On offer this year was The Garden of Words which celebrated its world premiere in Australia earlier this year, Ghost in the Shell: Arise, A Letter to Momo, 009 Re:Cyborg and Evangelion 3.0: You Can (Not) Redo.

Due to time constraints and end of semester work I have been unable to reviewing several of these films, but plan on doing so shortly after my final assignment is submitted next week.