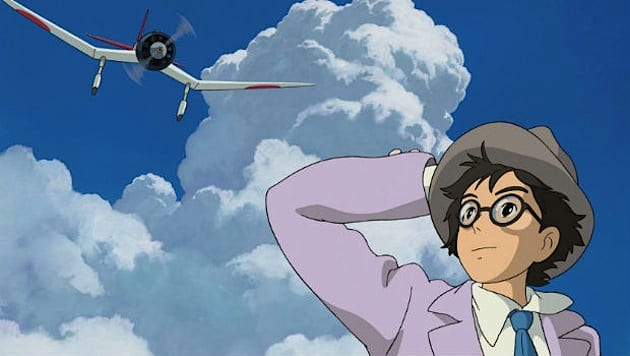 While they usually save their big announcements for anime convention panels, Australian anime publisher have today sent out word that they have picked up the rights to Hayao Miyazaki and Studio Ghibli’s animated film The Wind Rises.

The Wind Rises follows the story of Jiro (voiced by famed Evangelion director Hideaki Anno), who dreams of flying and designing beautiful airplanes, inspired by the famous Italian aeronautical designer Caproni. Unable to become a pilot because of his eyesight, Jiro joins the aircraft division of a major Japanese engineering company in 1927. His genius is soon recognized, and he grows to become one of the world’s most accomplished airplane designers.

Chronicling two decades, The Wind Rises depicts key historical events that deeply affect the course of Jiro’s life, including The Great Kanto Earthquake of 1923, The Great Depression, the tuberculosis epidemic, and Japan’s plunge into war. He meets and falls in love with Nahoko, grows and cherishes his friendship with his colleague Honjo, and innovates tremendously, leading the aviation world into the future.

The first feature to be helmed by Miyazaki since Ponyo in 2008, The Wind Rises brings together the lives and stories of the engineer Jiro Horikoshi, visionary designer of the famed ‘Zero’ WWII Japanese fighter, and Tatsuo Hori, poet and author of the 1938 novel, The Wind Has Risen, to create Jiro, who is at the centre of an epic tale of love, perseverance, and the challenges of living and making choices in a turbulent world.

Screening in competition at this year’s Venice Film Festival – and soon also at Toronto – The Wind Rises is a complex and beautiful work that has been called Miyazaki’s most personal, unique and mature film to date, melding stark history alongside buoyant fantasy to tell a tender and tragic love story. In his native Japan, Miyazaki’s film has courted some timely controversy owing to its subject matter colliding with the Japanese government’s hotly debated proposed changes to military defence. Since its opening, however, The Wind Rises has remained at the top of the Japanese box office for seven consecutive weeks, taking in over US$88 million (¥8.78 billion) and relegating even Man of Steel’s opening to the number two slot.