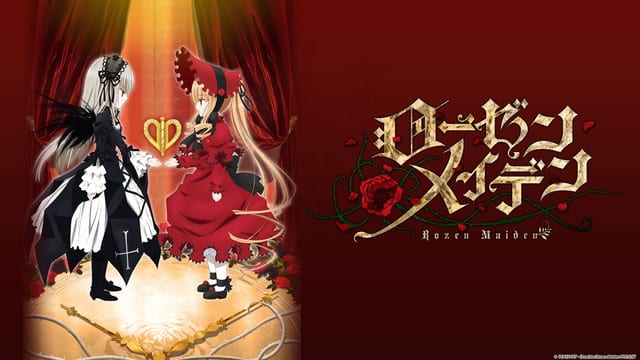 After many years of waiting, we are finally getting a brand new installment in the Rozen Maiden anime franchise, which seems to be a reboot set to tie in more closely to the manga series. The good news is that international fans won’t be left waiting for weeks or months for our chance to officially watch the show, with online streaming service Crunchyroll confirming their plans to stream Rozen Maiden Zurückspulen.

Streaming will begin on the 4th April 2013 at 10PM (Pacific Time) for Premium Members and one week later for free members. A new episode should be available to watch each week until the conclusion of the series in Japan. However there are more rigorous region limitations to most other Crunchyroll anime streams, with fans in the USA, Canada, South Africa, Finland, Norway, Sweeden and Denmark being able to take advantage of this simulcast. I assume that regions such as the UK and Australia will have their own official streams at a later date (HURRY UP MADMAN ENTERTAINMENT!). 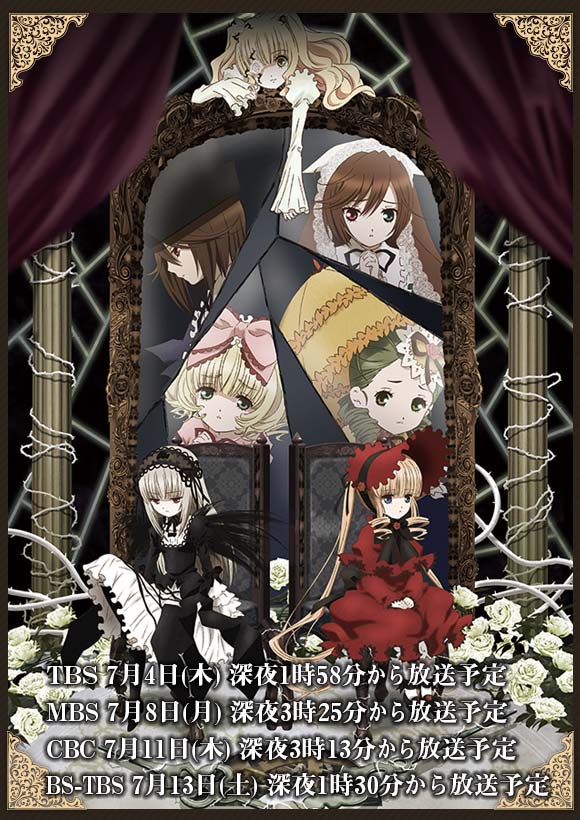 Jun Sakurada, a middle school shut-in refuses to go to school after being traumatized by an embarrassing incident at school. One day, he receives a letter asking “yes or no”, and chose “yes”, meeting the living doll Shinku and the events of the original Rozen Maiden series unfolding. However, what would have happened if he had chosen “no”? Although he overcame his shut-in nature, this Jun can’t find a place where he belongs. Then, Shinku suddenly appears in this world where “Rozen Maidens” aren’t supposed to exist; what will their new encounter bring?!

Rozen Maiden Zurückspulen will be directed by Mamoru Hatakeyama, whose other works include Sankarea, with script supervisor Tomomi Mochizuki and character designs by Kyuta Sakai, who also worked on Steins;Gate. The cast from the previous series will all be reprising their roles, and the opening theme has been revealed to be “Eat My Roses” by ALI PROJECT. Animation production this time will be handled by Studio DEEN, whose other series have included Hell Girl and 07 Ghost.

Rozen Maiden has long been a staple on The Otaku’s Study, and I invite you to read my reviews of the previous anime seasons below:

If you really wish to delve into my earlier articles, I also have small individual volume reviews of the first eight manga volumes published by Tokyopop. To find them, dive into my ROZEN MAIDEN archives.