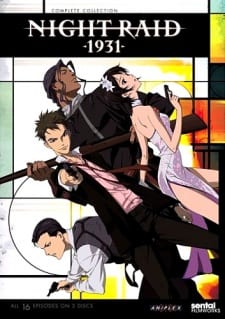 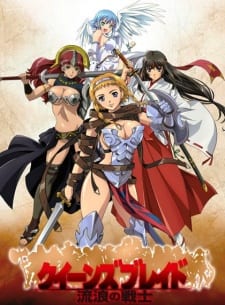 One of the long-standing anime publishers in Australia, Siren Visual have today confirmed with The Otaku’s Study that they have two brand new anime acquisition announcements up their sleeves for release in the very near future. Their first acquisition includes the 2010 anime series Night Raid 1931 (Senkoku no Night Raid) – an action oriented anime series that was localized by Sentai Filmworks in North America. The second acquisition announcement pertains to the 2009 anime series Queen’s Blade: Exiled Virgin (Queen’s Blade: Rurou no Senshi) which was localized into English by Media Blasters.

This will be the first time that both titles have been available to the Australian market, and complements the wealth of interesting titles already lined up by the team at Siren Visual.

The year is 1931. The city is Shanghai. Ten years before America will enter World War II, the hydra’s teeth planted by the first great global conflict are beginning to germinate. Hatching like spiders, they weave the complex web of plots and conspiracies destined to inevitably draw entire nations to the brink of destruction. Caught in the heart of these webs, desperately seeking to separate lies from truth, is “Sakurai Kikan,” an ultra-secret intelligence agency staffed by extraordinarily talented individuals with abilities far beyond those of normal humans. Their duty: to stop the darkest plots and eliminate the greatest threats. But in a city built on intrigue, can even a team of clairvoyants, telepaths and espers stand against the ultimate forces of destiny?

In a land where a queen is chosen every few years solely by winning a tournament, there can be no short supply of formidable opponents. For one woman warrior however, an early defeat clearly shows her that she is lacking in experience though she may be bountiful in body.

Fortunately, while defeat could spell one’s doom, her life is saved by a powerful stranger. But unfortunately for this savior, less-than-pure motives and shrewd family members mean her reward is a prison cell. Her release is prompt when the unseasoned warrior she saved, tired of her current lifestyle of nobility, sets off to prove herself.

Expect to hear more on both of these titles in the near future.