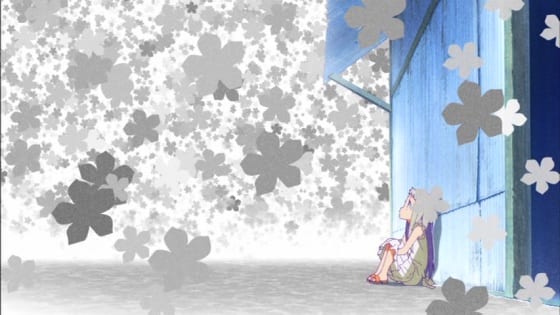 Regular readers may be familiar with my “Best of” article series I wrote at the end of last year. Having been released in North America mid-2012 by Nippon Ichi Software America, the series walked away with my North American Anime Release of the Year 2012 award. But the question remained…. who if anybody would acquire the series for release in Australia? The question has finally been answered.

Hanabee Entertainment answered the call, and at 1:45PM today during their surprise anime screening they announced their acquisition of the series. As a noitaminA title, the 11-episode anime series boasts direction by Tatsuyuki Nagai with writing by Mari Okada and animation by the team at A-1 Pictures. This release is set to contain the full 11 episode series but unfortunately (As I know it looks stunning in Blu-ray) it will only be available on DVD. That being said, as a fan of the series I encourage everyone to check it out when it is released this coming July!

To Forgive is To Forget.

The self-proclaimed Super Peace Busters, a group of six childhood friends, drift apart after the death of Meiko “Menma” Honma. Ten years later, everyone is still coping with their grief over the loss. Jinta Yadomi, the leader of the group, has now become a recluse; a shadow of his former, energetic self.

But one summer day the ghost of Menma returns, aware of her passing and needing Jinta’s aid in helping her fulfill her wish to cross over. But In order to do that, the members of the Super Peace Busters need to reunite and confront the ghosts of their past.

Want to know more about this series? Check out my review of the series HERE.