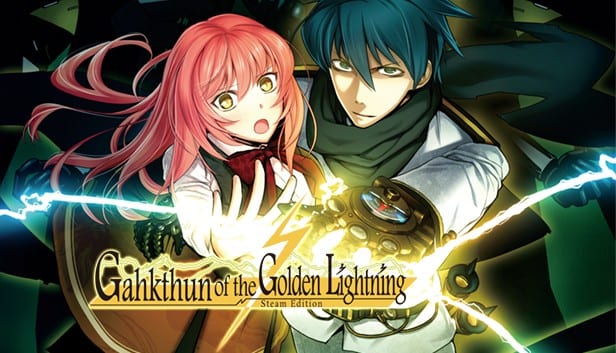 While it does not seem to feature themes anywhere near as heavy as a typical 18+ release from the company, international visual novel publisher MangaGamer have confirmed that Gahkthun of the Golden Lightning by Liarsoft is now available for purchase localised into English and uncensored via Steam.

Gahkthun of the Golden Lightning will contain some depictions of sexual references, but nevertheless has managed to obtain an ESRB rating of Mature. John Pickett, MangaGamer’s Head Translator & PR Director had the following to say about uncensored releases: “It’s always amazing to see more games that cover mature relationships entering the mainstream media. Here at Mangagamer, we’re hoping that titles like Kindred Spirits and Gahkthun will continue to open opportunities for other developers to consider the inclusion of sexual expression for their characters.”

Gahkthun is a steam-punk fiction tale, which follows Nikola Tesla in a 19th century world drawing on the Lovecraft mythos. Armed with his electrical inventions and keen intellect, Tesla infiltrates an academy city, The Academia, in pursuit of secret society that is using the students to develop and test fearsome new technological powers. This visual novel has been written by Sakurai Hikaru, who has previously authored works including Fate/Prototype, Gakkougurashi, Game of Laplace, and Fate/Extella.

Those looking to purchase Gahkthun of the Golden Lightning via Steam will find it with a standard price of $39.99 USD. However until April 23rd, they are offering a launch discount of 15%. You can view its product page HERE.