Kicking off their year, international visual novel publisher Jast USA have announced that pre-orders for the visual novels Sonicomi: Communication with Sonico and Seinarukana -The Spirit of Eternity Sword 2- are now up for pre-order. This is in addition to them launching a Steam Greenlight campaign for the all-ages version of Aselia the Eternal (a localised port of the original PlayStation 2 release). More information on these three can be found below: 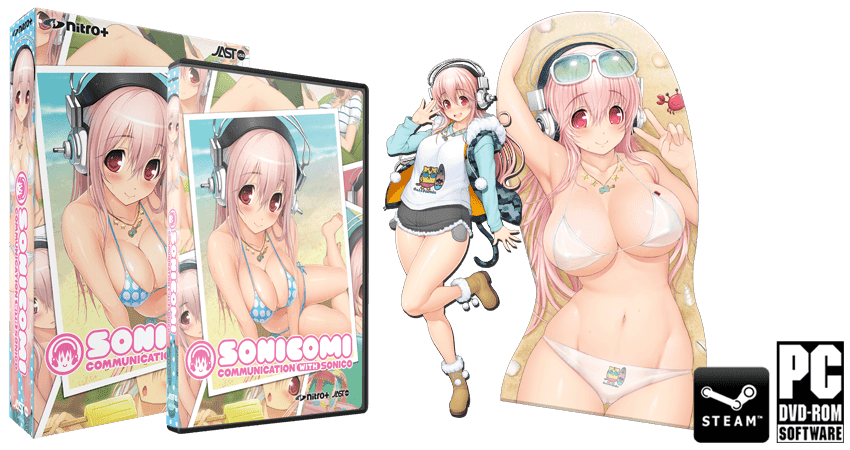 Sonicomi: Communications with Sonico is described as being part visual novel and part ‘FPS’ style picture taking fun. Based around Nitro+’s mascot character Sonico, you take on the role of her photographer. You need to choose shoot locations and outfits, then score points by shooting photos in an FPS-style photography sessions. You must also lift her mood with by encouraging her with well-timed banter. The greater her enthusiasm, the more daring her poses! Of course you’ll need to keep an eye on her stamina; you don’t want her fainting in the middle of the shoot. In between shoots, you will have the opportunity to interact with Sonico in many different situations. Her opinion of you will shift depending on your choices, which will potentially unlock new story paths.

This version of Sonicomi: Communication with Sonico will feature the PlayStation 3 version graphics and video.

Those after something more than the standard edition of Sonicomi: Communication with Sonico will have two options from Jast USA. These editions are:

Limited Edition – Along with the game DVD, will include a high quality acrylic figure of Super Sonico with new original artwork by Tsuji Santa, plus collectable cards with art from the game. It also includes a Steam Key.

Collector’s Edition -This edition includes everything from the Limited Edition PLUS a full-body mousepad of Super Sonico created with new original art by Tsuji Santa. This mousepad is a huge 3D mousepad shaped as Sonico’s body. Weighing a firm 1.5kg, and 450mm×230mm×30mm (27x9x12 inches) in size, this custom made in Japan mousepad is limited to those who order this edition of the game.

About Sonicomi: Communication with Sonico

Super Sonico is a cheerful, hardworking college student and amateur musician who’s about to make her modeling debut. As her personal photographer, you will be responsible for Sonico’s image, balancing the needs of your clients with your own vision for Sonico’s future. Cute, sexy, weird — the costumes you choose will determine her path as a model. Will you cultivate mainstream appeal? Make Sonico a subculture icon? Or will she become something even you can’t imagine? It all depends on you! 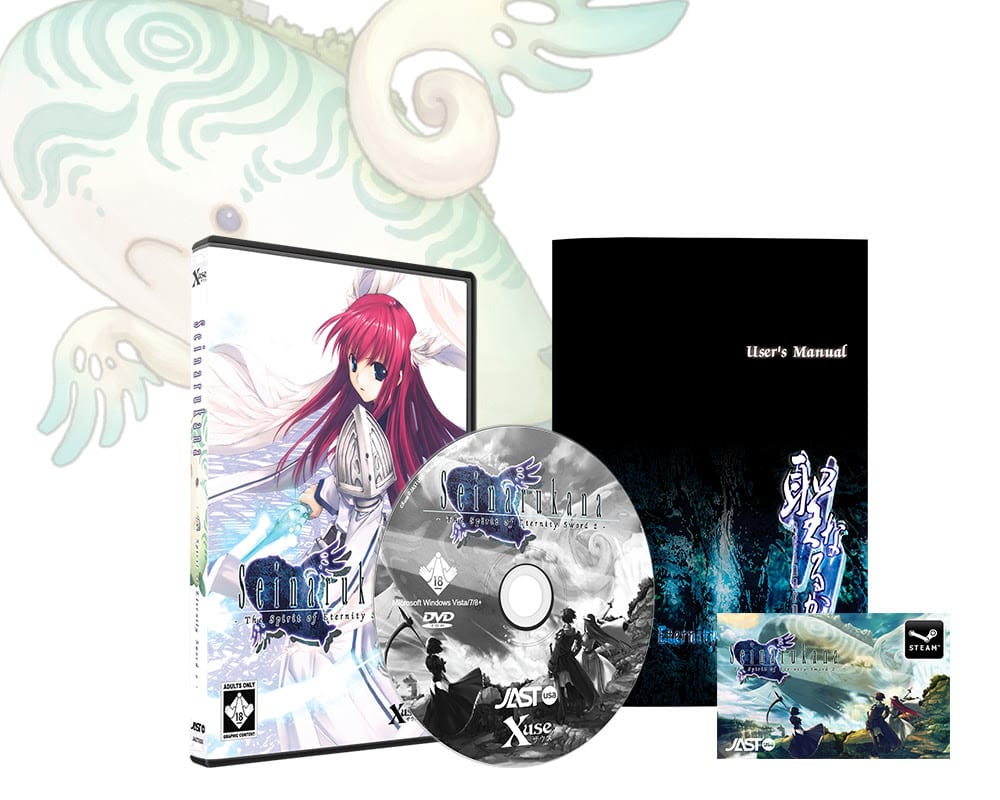 Seinarukana -The Spirit of Eternity Sword 2-

Serving as the sequel to the visual novel / JRPG Aselia the Eternal by Xuse, Seinarukana shares the same setting as Aselia but features a separate story. It can be played either standalone or as a complement to the original game. Overall it is set to feature approximately 50 hours of RPG gameplay, with over 20 missions and hundreds of strongholds to capture. You can build an army from 19 playable characters with hundreds of diverse skills.

About Seinarukana -The Spirit of Eternity Sword 2-

Seinarukana follows the dimension-traveling adventures of Nozomu and his band of friends. The story opens in a typical high school in Japan, and quickly turns into a fantasy story in a different dimension. Nozomu and some of his classmates begin to gain supernatural powers — powers inherited from a previous life. As they discover the nature of their powers, memories of their former lives begin to awaken. 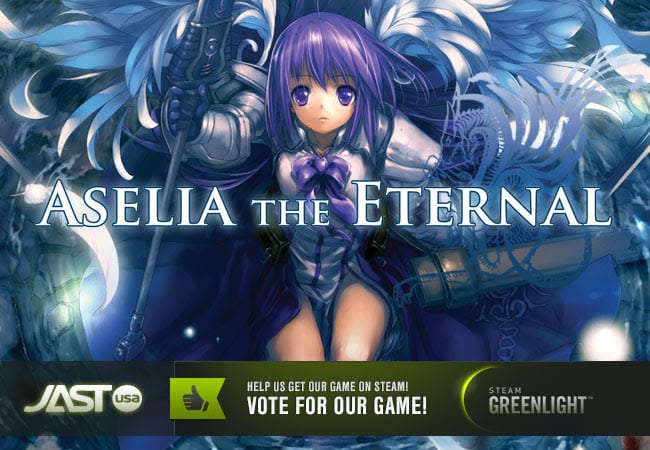 While Aselia the Eternal is not a new title for Jast USA, the publisher have confirmed they’ve ported the all-ages PlayStation 2 version of the game, and will be making it available for purchase/download via Steam. But to accomplish this, they require votes for it via Steam Greenlight.

“We hope that with everyone’s support, we can deliver this great game to Steam fans!”
– Jast USA

If this is something you would like to see available via Steam, click HERE and lodge your vote.

The “Go-Getters Club,” a group of misfit students from all over Japan, find themselves trapped in a strange theme park during a class trip....
Read more
Visual Novels

Back in mid-December 2020, visual novel localiser and publisher Jast BLUE announced they would be bringing Nitro+Chiral's 2012 title DRAMAtical Murder to audiences outside...
Read more
Visual Novels