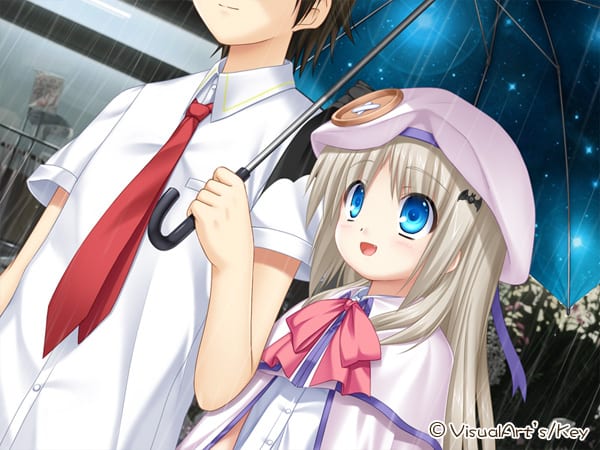 Following the Playstation Portable release of Kud Wafter: Converted Edition last month, KEY have released their own All-Ages edition of Kud Wafter to the PC today. This edition replaces all of the “adult” scenes from the game and in turn includes a number of new pieces of CG artwork produced by artist Na-Ga and new storyline content to supplement what has been removed.

While there is a fan-translation going on for at the very least the 18+ edition at the moment, there is no word on if or when there will ever been an official international release of ANY KEY visual novel. Odds I don’t think the odds are in our favor, even if the anime adaptations of the visual novels have pretty much all been picked up by companies not only in North America but PAL regions and Australia!