Bandai Namco to Bring Back the Pocket Digivice 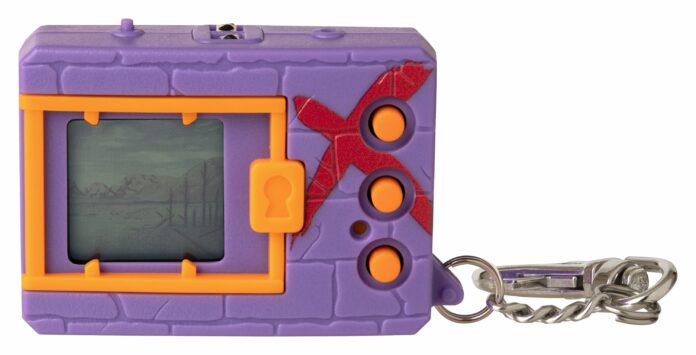 In the early-2000s at the height of Digimon Adventure’s / Digimon: Digital Monsters’ popularity, it was not too uncommon to see kids of my generation carrying around pocket digivices. These peripherals stuck around for a while before fading into the background like many of the “pocket”, niche peripherals of that era did. While the media franchise’s popularity has ebb’ed and flowed over the years, supported by a series of more mature video games and feature films featuring the original anime characters, there was no indication that the digivices would be made available again. Boy were my assumptions wrong.

Aiming to provide fans with “The Ultimate Digivive”, Bandai Namco Entertainment shall be bringing the Digimon X to store shelves. Based on the Original Digivice, the Digimon X can now be pre-ordered in a range of different colours – with plans to launch in August 2021.

According to Bandai Namco Entertainment, the units will be “equipped with tons of new features and evolutions”. Users can now hatch, raise, feed, and train their digital monster for the ultimate monster match, a showdown between one Digimon and another. These devices connect to each other (and previous versions) to allow users to compete with whoever challenges! The Digimon X has a variety of new features like the Random Attack Generator, New Quest mode, Digimon facial expressions and so much more.

Promoted features of the unit are below:

Marking the one year mark until the 20th Anniversary for the long-running MMORPG, Square...

Today you can commence new races on the streets of the United States, while...
Previous articleStatus Update Posted for NieR Re[in]carnation’s English Version
Next articleRecap Movies for Overlord Begin Streaming on AnimeLab
Twitter Youtube
© The Otaku's Study