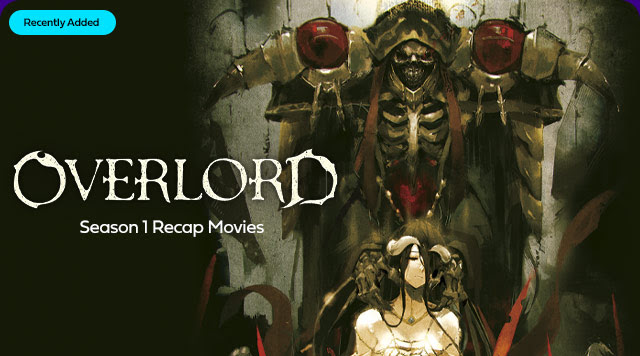 It has become a trend over the years for animation studios with shows entering a subsequent season, to offer recap movies to summarise past events. For Overlord, this took the form of two films – Overlord: The Undead King and Overlord: The Dark Warrior in 2017. This covers the complete first season, with a couple of extra scenes strewn throughout.

Australian anime publisher Madman Entertainment last weekend confirmed that both films are now available to Stream via their AnimeLab video-on-demand streaming service. While the complete 39-episode series (spamming Seasons 1-3) are available dubbed and subbed, both recap movies are available subbed only.

As they are considered films, both are locked to those with Premium Memberships only. If you are a premium member, click HERE and begin watching them now!

Overlord takes place in the world of Yggdrasil, a MMORPG that’s scheduled to be shut down permanently. With no family or friends outside the game, veteran player Momonga refuses to log out. As the servers go dark, he discovers that the world inside the game continues to change as NPCs begin to develop personalities and minds of their own.

When it comes to their home video releases of anime, Australian anime publisher Madman...
Previous articleBandai Namco to Bring Back the Pocket Digivice
Next articleHayes and Luckiest Productions Announce Cast for Merrily We Roll Along
Twitter Youtube
© The Otaku's Study
Go to mobile version