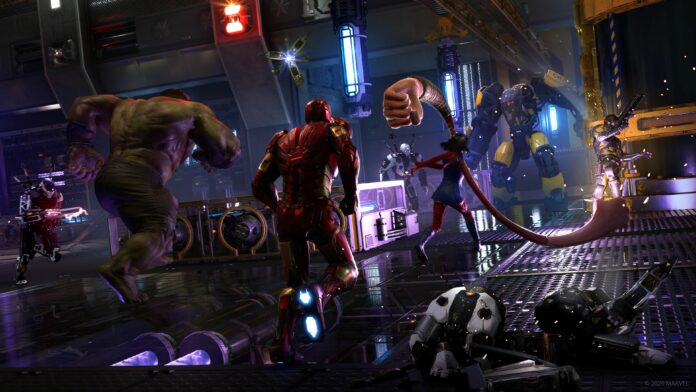 Ahead of its full release on the PlayStation 4, Xbox One and Windows PC platforms, developer Crystal Dynamics and publisher Square Enix has chosen to open up the game to all interested parties this weekend only. Deemed to be the game’s open beta, testing will commence later today, and will conclude on Sunday 23 August 2020.

The beta offers several hours of content for the aspiring super hero to try out. This includes four of the game’s single-player campaign ‘Hero Missions, three HARM room challenges, four War Zones and five Drop Zones. War Zones and Drop Zones can be played solo with any of the heroes in a player’s roster as AI companions or cooperatively in groups of up to four players.

Do you like Fortnite? Are you playing on the PlayStation 4 or Xbox One? Players on either platform who link their Square Enix Members and Epic Games accounts, then complete the beta’s three HARM room challenges will earn he Hulk Smashers Pickaxe with bonus Hulkbuster style in Fortnite. Even if you don’t play Fortnite, participants in this test will receive a Thor-themed in-game nameplate in the final release.

Developed by Crystal Dynamics and published by Square Enix, Marvel’s Avengers will release simultaneously on the PlayStation 4, Xbox One and Windows PC from 4 September 2020 – with upgrade paths for the PlayStation 5 and Xbox Series X upon console launch.