Take To The Water Next Month in Kandagawa Jet Girls

What it comes to anime-style sporting games, what do you usually think of? Bikinis and Volleyball? Perhaps some combination of gym wear and exercise? In a shift of approach taken by developer Honey∞Parade Games, next month we will see the combination of wetsuits and jet skis! To be managed by Marvelous in Europe/Australia and XSEED Games in North America, Kandagawa Jet Girls (神田川JET GIRLS) will launch on the PlayStation 4 and Windows PC digitally on 25 August 2020.

Kandagawa Jet Girls will see players enter the world of Jet racing, the sport of the future, comprising two contenders on a single Jet Ski that are known as the JETTER and SHOOTER. The JETTER is responsible for driving the Jet Ski through narrow courses while the SHOOTER can shoot at opponents to disable their Jet Skis. This results in the unusual combination of racing and third-person shooter mechanics.

Players will follow the story of Rin Namiki, who dreams of becoming a professional JETTER like her mother, and upon arriving in Tokyo she befriends Misa Aoi into forming a Jet Race team at their academy. The unlikely friendship draws attention from the other academies and soon the heated competition to be the best Jet Racing team begins. Not interested in a story mode? Offline and online modes are available to enjoy additional challenges or race at your leisure.

Kandagawa Jet Girls claims to have many customisation options, allowing players to choose their own look for their team and machine. The customization is more than skin-deep, allowing players to go under the hood and fine-tune their jet machine’s performance to match their racing style and squeeze out every ounce of power.

The Windows PC version, which will be co-published by Marvelous and XSEED Games will also have two purchase options via the Steam store. The Digital Deluxe edition will include the full soundtrack, and the Maid Bikini (Lemon Yellow) and Bunny Costume (Carrot Orange) character outfits. Regardless of which version you purchase, additional downloadable costumes and characters will be available at an additional cost post-launch.

Experience the journey of Jet Racers
Enjoy the story of Rin Namiki and her new-found team-mate Misa Aoi as they learn the thrills of what it means to be a Jet Racer in this harshly competitive world. Encounter new friends, make new rivals but most of all compete to be the best Jet Racer within Japan.

Multiple Playable Characters
Seven teams, seven Jet Skis and fourteen different characters will be playable; with each Character and Jet Ski being interchangeable and selectable in offline and online gameplay modes. Choose your favourite characters and race to victory.

The Fun of Water Guns
SHOOTERS on each team can use one of many different water-based weapons including Dual Handguns, Gatling Gun, Sniper Rifle and Missile Launcher. Each weapon also has their own unique firing style and cool-down; so choose wisely.

In-Depth Customisation
Dress up your character in more than 60 outfits, and customise the Jet Ski with over 50 machine parts, to express your passion for the sport and to gain the attention of your rivals.

Mini-Games Galore
Trying to be the best at Jet Racing can be tiresome; so relax with four fun-filled mini-games that will help train the body and soul.

Ryōbi and Ryōna from SENRAN KAGAURA are here
The infamous sisters Ryōbi and Ryōna will be included as playable characters in Kandagawa Jet Girls on the PlayStation 4. 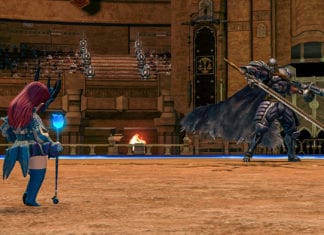 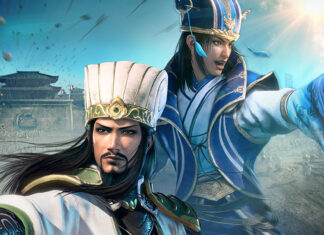 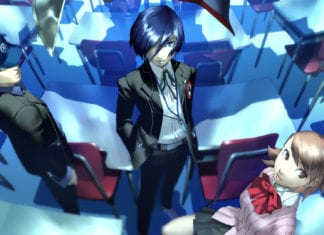