Most renown for their long-running work in the Star Ocean series, which in recent years has received renewed interest through a series of remasters and ports; Japanese developer tri-Ace has on occasion released one-off side projects separated from their main IP. One of these was the underappreciated Radiata Stories on the PlayStation 2 in 2005. One of the game’s major features was its emphasis on an thriving world with 176 NPCs which can join the player’s party if their conditions are met. Never released outside of Japan and North America, this is not a game I was ever able to play. However, a small but growing group are petitioning tri-Ace to bring Radiata Stories to next-generation platforms.

Being managed through Change.org, the Revive Radiata team has received 2,007 supporters as of writing, although has been a slow process given the campaign started seven months ago. The campaign notes that “[d]iscs and disc readers aren’t meant to last forever, and because of that the world of Radiata may soon become inaccessible“, and they are therefore requesting that “Square Enix and tri-Ace consider adding Radiata Stories to the PlayStation Store, Nintendo eShop, Microsoft Store, and/or any other platform where games can be purchased digitally“.

Having been unable to purchase the game legally here in Australia, I am unable to comment much about the game being brought to next-generation consoles or gauge the likelihood of this campaign being successful.

For historical context, tri-Ace’s PlayStation 3 releases – Star Ocean: The Last Hope International and Resonance of Fate – have both made it to current-generation platforms as 4K/HD Remastered Editions, while only one of their three PlayStation 2 games (Star Ocean: Till the End of Time Director’s Cut) have made it to current generation platforms as a more basic port. Time will tell whether Radiata Stories or (their other PS2 game) Valkyrie Profile 2: Silmeria will be ported across, or become two more rare games from an earlier generation. 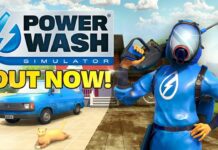 The Diofield Chronicle to Release in Late-September 2022, Demo Going Live Next Month