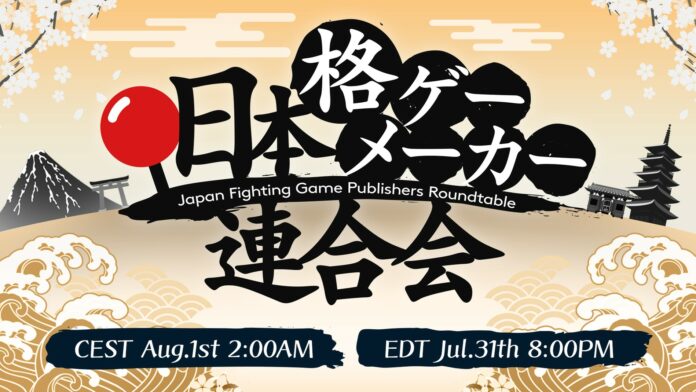 There is no shortage of Japanese video game publishers and developers putting their time and resources to deliver fans of the genre a consistent stream of fighting games. Some of these big names including Ark System Works, Arika, Bandai Namco Entertainment, Capcom, Koei Tecmo Games and SNK will come together this Saturday to host an in-depth roundtable discussion.

Being streamed via the Bandai Namco US Twitch Channel, this roundtable plans to focus on an “in-depth roundtable discussion of the past, present, and future of the fighting game and esports industry”. The stream will commence on 1 August 2020 at 2.00am CEST or local equivalent.

Members of the community are invited to pose questions and suggest discussion topics to the panel. This can be done by posting them on Twitter alongside the hashtag #JFGPR.

Digimon: Digital Monsters was the standout classic from my childhood. Although overshadowed by Pokemon, this was...
Previous articleBe Reincarnated as a Slime Once More With Latest Manga from Yen Press
Next articleAdventurer Celebration Sale Underway on Final Fantasy XIV’s Online Store
Twitter Youtube
© The Otaku's Study
Go to mobile version