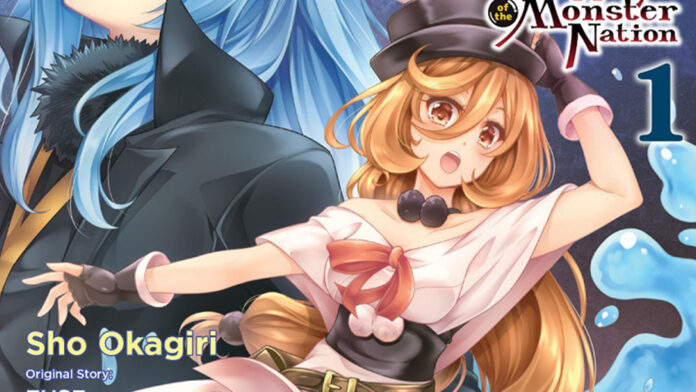 Having actively been publishing Fuse’s original light novel in English since 2017, Yen Press has described the That Time I Got Reincarnated as a Slime series as one of “(their) most successful literary releases”. But if you are waiting for something new in the franchise, you need not wait any longer.

Yen Press has today published their first volume of spin-off manga That Time I Got Reincarnated as a Slime: The Ways of the Monster Nation via select physical and digital distribution channels. Featuring an original story by Fuse, it features new artwork by Sho Okagiri and character designs by Mitz Vah; and takes place between ‘Founding the Demon Capital’ and “Devil’s Secret Maneuvers” arcs of the light novel. As of writing, seven volumes have been published in Japan.

You can read the manga’s official synopsis below:

About That Time I Got Reincarnated as a Slime: The Ways of the Monster Nation

With all its innovations, the kingdom of Tempest-founded by the demon lord Rimuru-is a veritable paradise for travelers such as Framea, the rabbitfolk chief’s daughter. Framea has always had a nose for adventure, an inquisitive mind, and a knack for discovering and identifying the latest and greatest the world has to offer! Her notepad is open at all times, ready for any three-star delights she may encounter, so when Rimuru himself gives Framea a mission to catalog the area’s attractions, she will have her work cut out for her-and tons of stars to hand out!

Want to start off your year with some new artwork in the works? From...
Previous articleSteins;Gate Crossover with The [email protected] Cinderella Girls: Starlight Stage Commences
Next articleJapanese Fighting Game Publishers Unite for Inaugural Roundtable Broadcast
Twitter Youtube
© The Otaku's Study
Go to mobile version