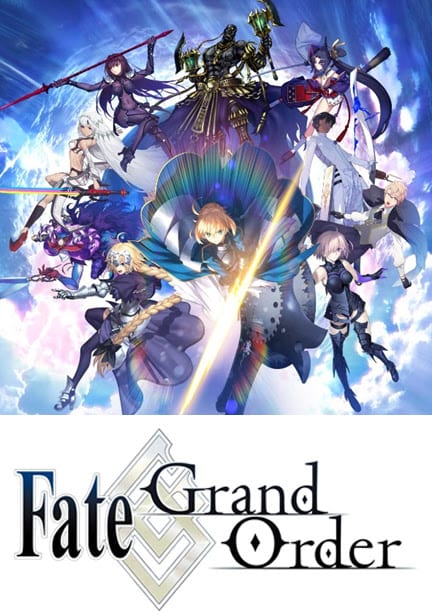 Last year, Aniplex of America offered the first English localisation of smartphone game Fate/Grand Order on the North American market. While there were some alternate means for fans to download this app outside of official channels, the game was geolocked to the North American market. The Madman Anime Group together with Aniplex have recently announced that has changed, confirming that Fate/Grand Order is now officially available in Australia on the iOS App Store and Google Play store.

Supported by microtransactions, Fate/Grand Order is a free-to-play mobile RPG, featuring a new story based in TYPE-MOON’s continually growing Fate universe. It has seen strong success to this date, and as of launch has been downloaded more than 30 million times across the Japan, China, Taiwan, Hong Kong, Macau, Korea, United States and Canadian markets.

Fate/Grand Order takes players back through history to embark on a quest known as the Grand Order, and tasks them with summoning powerful allies or Heroic Spirits based on historical or legendary figures, such as King Arthur, Hercules, and Joan of Arc.

Players enjoy being a part of the story of Fate/Grand Order. Unlike many other popular mobile games, we have the Fate universe to draw upon. It provides a captivating narrative for fans to become a part of and keeps them playing.

Fate/Grand Order is a tactical, turn based RPG which features several chapters that take the players to a different notable point in human history. Together with different seasonal events, players will be put to the test with challenging missions and quests. One of the greatest appeals of Fate/Grand Order is that it is easy to learn, but hard to master. The game requires both in-depth strategy and skill to advance the player through ever changing obstacles.