While Final Fantasy XIV Online’s glamour system provides a plethora of character customization opportunities which gives players a high level of opportunity to make their character unique and their own – Square Enix does provide access to more unique customisation opportunities through the purchase of optional items (via their MogStation Service) or on the odd occasion, collaboration events outside the game. One of the few outfits previously locked to the latter option was the Housemaid and Butler attires, which has had its own individual events in North America, Europe and Australia / New Zealand. In the instance of Australia for example, it was part of a promotional offer available through the Hanabee Online Store in 2016. While not as rare as some of the minions exclusively packaged with physical items on the Square Enix Online Store, depending on your region, it may not have been possible to pick up this attire in a number of years.

Coinciding with Valentine’s Day (or as it is called in Eorzea, Valentione’s Day), Square Enix have updated their MogStation Cash Shop with with Loyal Housemaid Uniform set (For female characters) and Loyal Butler’s Uniform (For male characters) optional items. Priced at 13.50 EUR per set for a single character, both sets provide access to five Level 1 Glamour items based on the theme.

Visually these do not appear any different to the original maid and butler uniforms, despite the slight name change. There are differences in distribution and stats however. The promotional housemaid/butler attire covered all characters on a Final Fantasy XIV account, while the Loyal variants can only be purchased per character. On the other hand, although primarily beneficial for low level characters, equipping the entire Loyal set will provide characters under Level 30 access to a 30% EXP bonus.

I currently keep the housemaid and butler attire as glamour plates on my Lalafell and Miqo’te mains respectively, and have for quite some time used them actively for healing classes. I really like their designs, and have also used individual pieces from both sets for the glamours I have adopted for other classes. 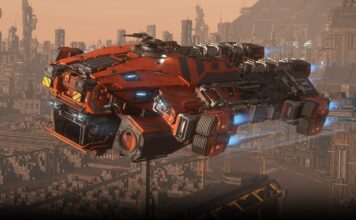