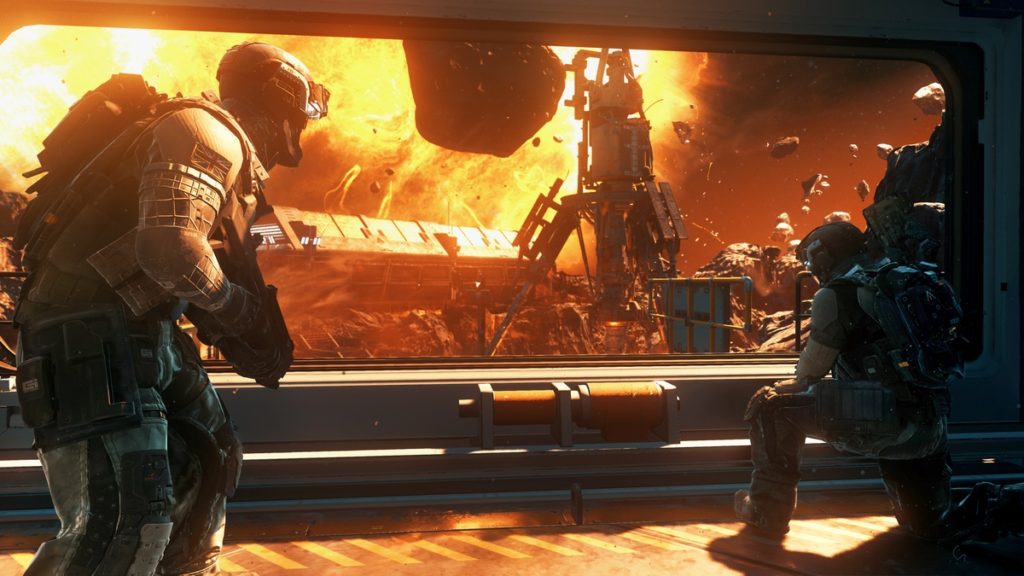 With increased potential from current day video game platforms, titles focused on more expansive interstellar combat and travel seem to be rising. With games like No Man’s Sky and Elite: Dangerous already on the market, titles like Star Citizen and Dual Universe currently in development and many others at various stages of the development/release cycle out there – it is in my opinion an intriguing and promising genre we can expect to see more from in the coming years.

Taking the concepts present in the wider Call of Duty franchise and removing them from Earth’s gravitational pull, Activision and developer Infinity Ward have released Call of Duty: Infinite Warfare on the PlayStation 4, Xbox One and Windows PC platform. Depending on which edition of the game you purchase, you may also receive a copy of Call of Duty: Modern Warfare Remastered – a current-gen remaster of Call of Duty 4: Modern Warfare. 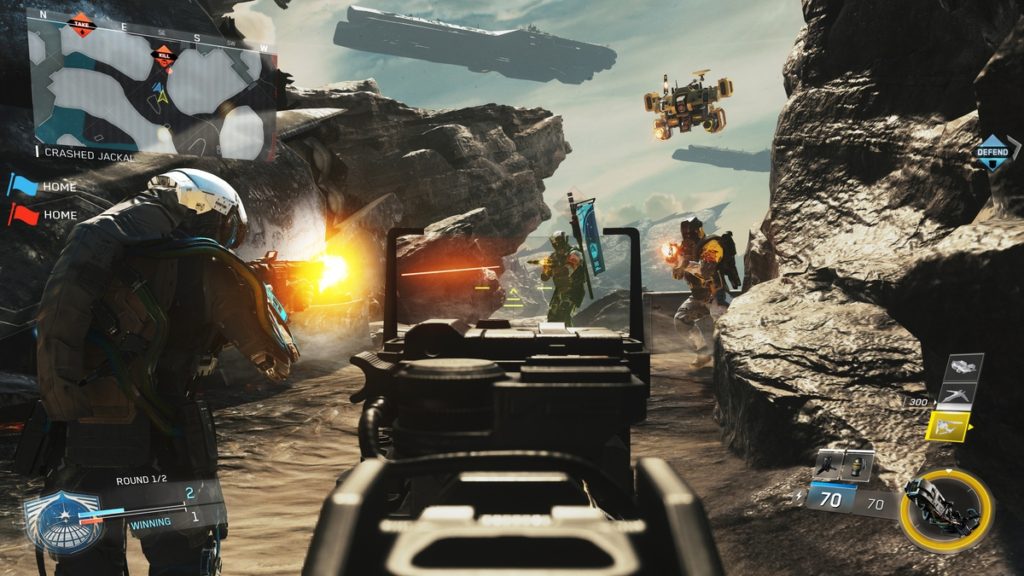 Not limiting players to the confines of Earth, Call of Duty: Infinite Warfare  seeks to deliver an “all-new story happening throughout our solar system”, while delivering new gameplay mechanics for the franchise including “space dog-fighting and zero-g combat”.

Call of Duty: Infinite Warfare provides players with access to three different modes. The first is the traditional single-player campaign, with they claim “puts narrative front and center as players are taken on a classic journey with unforgettable characters”. The second mode is a 4-player cooperative zombies mode titled ‘Zombies in Spaceland, which see’s players tasked with surviving their time within a 1980s space-themed amusement park. Finally there is a multiplayer mode, which should come as little surprise.

In the campaign mode, players take on the role of Captain Reyes, a Tier 1 Special Operations soldier who takes the helm of the Retribution, one of Earth’s last remaining warships. Facing a ruthless insurgency led by Admiral Salen Kotch (Kit Harington), Reyes must defend his home against this relentless enemy force. 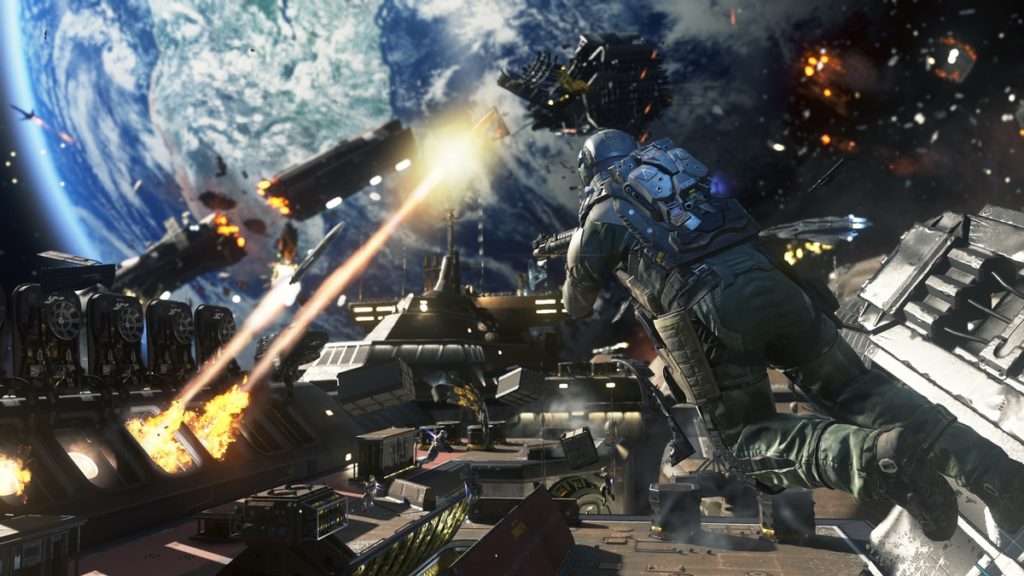 Infinite Warfare is hands-down the best story campaign we’ve had in years and is a leap forward in the fluid, fast-paced action that Call of Duty fans know and love. It’s a future war but an old school fight. And with a great multiplayer and an over-the-top zombies mode as well, we can’t wait for our fans to start playing. The only question, is which mode are you going to play first?

This is a special year for us and for the Call of Duty community. We began three years ago with the goal to push ourselves in an all-new direction and take players to places they’ve never been before. In Infinite Warfare, we’re telling a classic war story of good vs. evil, and adding an epic backdrop that lets us introduce a ton of innovative gameplay. Our cooperative mode goes in a completely different direction that combines 1980s inspiration with a crazy, new zombie apocalypse. And, our online multiplayer takes everything that makes Call of Duty multiplayer so engaging, adds exciting Combat Rigs with their unique payloads and traits, introduces the challenge of Mission Teams, as well as the chase of prototype weapons, and then delivers a whole new level of gameplay customisation that gives gamers all the tools to fit their unique playstyle.