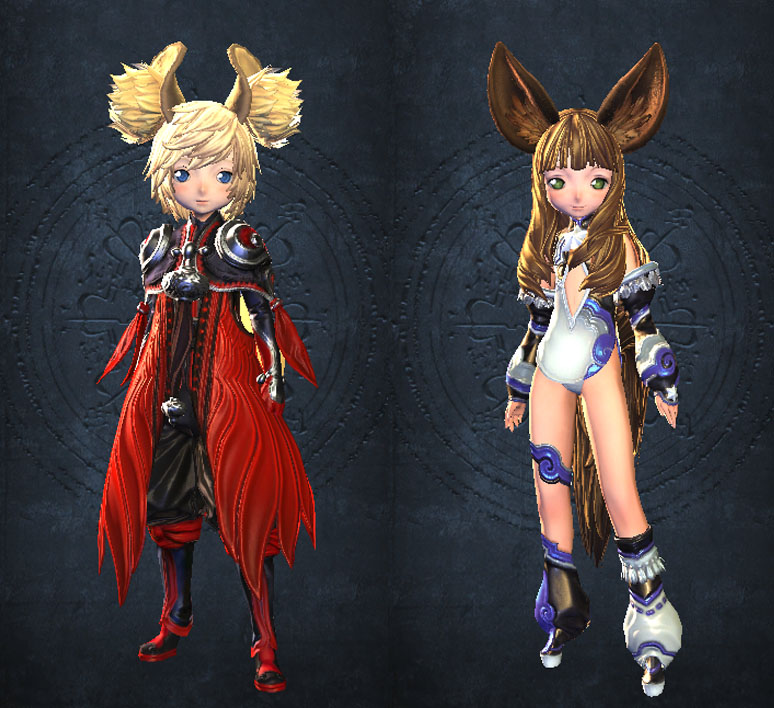 With armour being mere decorative equipment in Blade & Soul rather than something players need to spend hours mixing and matching to get the best stats from, the full-body outfits on offer both in-game and through the Hongmoon Store cash shop can be chosen by players based on personal preference and budget alone.

Covering both genders and all four races, NCSoft have recently released two new costumes onto the Hongmoon Store for a strictly limited time. Available for 999 NCoin or Hongmoon Coins apiece, the two outfits are named “Dahlia” (Pictured to the left) and Millennium (Pictured to the right). Both of these will be available for purchase until June 17, when they will be taken down are quite probably replaced with another duo of costumes shortly after.

Supported by a Cash Shop, Blade & Soul is a free-to-play MMORPG currently being published in the Americas and PAL regions by NCSoft. For more information on this game, visit its official website. You can also read the game’s archives on The Otaku’s Study.

For those interested in following the continued work being done on Blade & Soul into its second half-year on the western market, a Producer’s Letter covering upcoming content has recently been shared and can be found HERE.