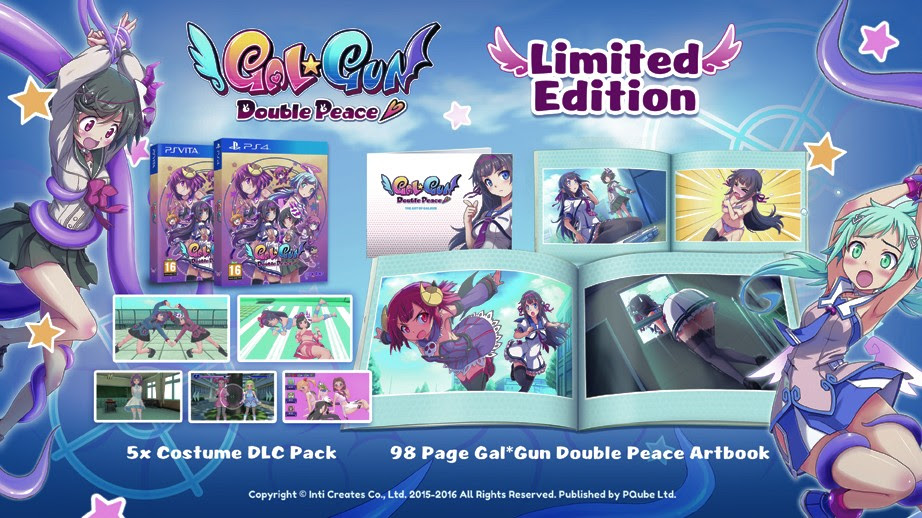 Developed by Inti Creates, this is the second game in the Gal*Gun franchise, with the first still remaining Japan-exclusive to date. The game features Houdai, a young man who after being shot by a Cupid angel must survive an onslaught of smitten Academy girls hell-bent on declaring their love for him at any cost. But as it would be a challenge to survive a school-day without artillery, he is equipped with a  Pheromone Gun, which can deliver a dose of knee-trembling euphoria at the pull of a trigger. With his potential of true love at risk… will he accomplish his task?

PQube will be offering a Limited Edition set along with the regular standard edition of Gal*Gun Double Peace. In addition to the game, the Limited Edition collection will include: 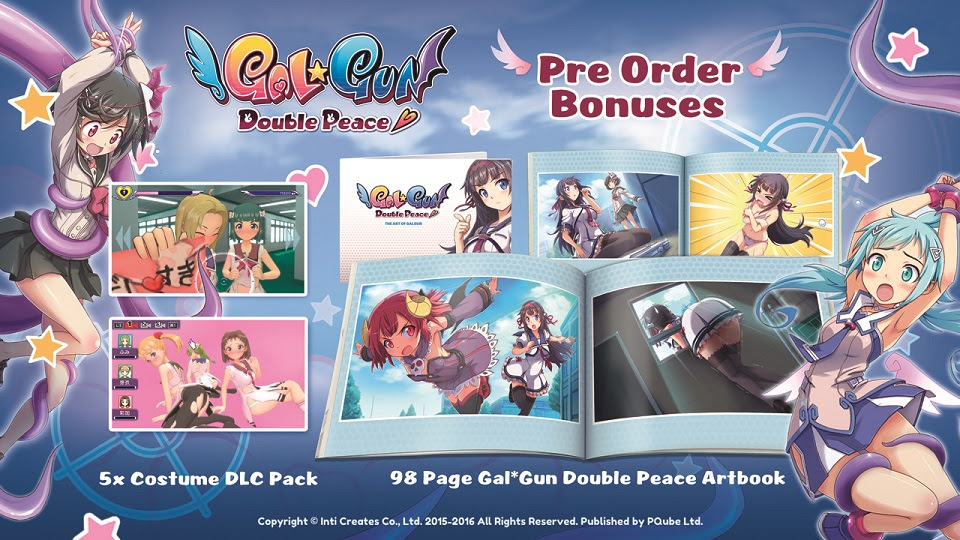 Those who want to purchase a standard edition of Gal*Gun Double Peace may find their local retailer offering a pre-order bonus. Dependent on which store is visited, one of two bonus goodies from the Limited Edition may be offered:

Developed by Inti Creates and published by PQube in western markets, Gal*Gun Double Peace will be available on the PlayStation 4 and PlayStation Vita starting July 15 in PAL Regions and July 19 in North America.