Following their work on older JRPG’s which never received a release outside of Japan such as Class of Heroes 2, Gaijinworks published Summon Night 5 on the PlayStation Portable last December. It seems like the demand for the franchise was to the company’s liking, as the publisher have recently confirmed that work is ongoing to provide an English localised version of Bandai Namco’s Summon Night 6: Lost Borders. This is the latest instalment in the Summon Night series, and will be available on both the PlayStation 4 and PlayStation Vita in the first quarter of 2017.

Summon Night 6: Lost Borders sets out to weave an emotional tale of friendship and discovery. It takes place in the sparsely populated “cocoon world” of Fillujah, where the three main characters (Raj, Amu and Ist) live in what could be considered virtual isolation. But things change when dozens of strangers begin to literally fall out of the clear blue sky. This newest instalment can be played standalone from earlier instalments, but those familiar with the franchise may recognise some familiar faces along the way. This is because the mystery people falling from the sky come from earlier games. 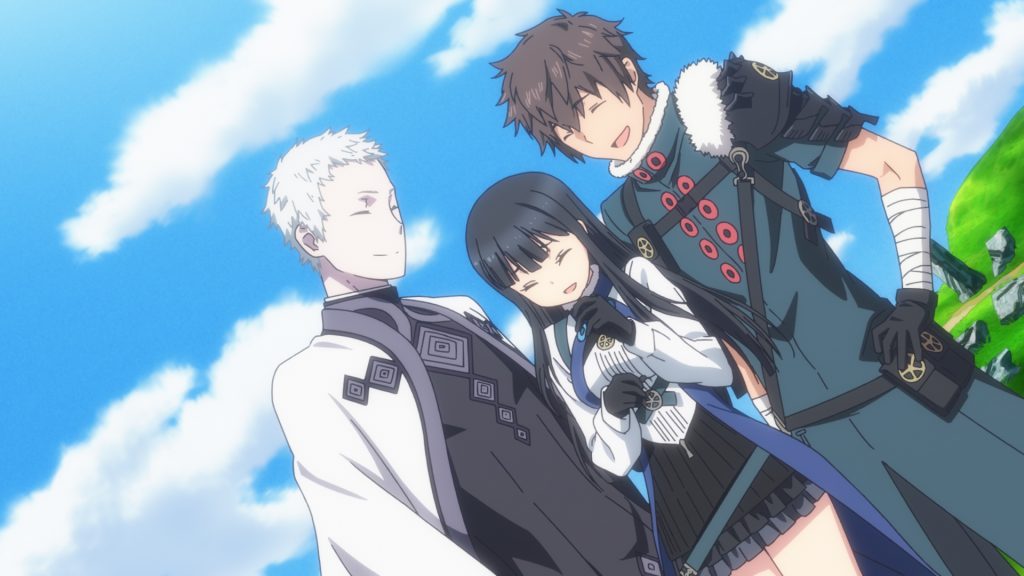 Players can learn more about each character through “night conversations”, one-one-one encounters where various characters confide in one another. According to Gaijinworks, this will lead to a “web of elaborate, emotional storytelling with many different branching paths”. Also on offer are more than a dozen endings, many of which have sub-endings dependent on the player’s affinity level with a particular character.

Summon Night 6‘s battle system allows Chain Attacks that happen automatically when an enemy is surrounded by two or more allies. In these situations, each ally can hit the enemy without risk of counterattack. In addition to the Summons that are a hallmark of the series, two allies can team up and perform a “Summon Burst” attack that invokes a devastating magical strike from one of many giant fantastical creatures.

Interestingly for a game like this, Gaijinworks have decided to offer not only the original Japanese dub, but also a newly created English dub. The recording of this new dub begins later this month, and will cover all key events.

In terms of distribution, Summon Night 6: Lost Borders will be available via the PlayStation Store digitally in North America, South America and PAL regions. A physical release is also planned for North America, with details on it to be announced following E3.

The thirst for Japanese RPGs is real, and we’re beyond thrilled to have the opportunity to quench it with such a high-profile, blue-chip JRPG experience. I’ve always said that fan support of games like Summon Night 5 would lead to more opportunities for GAIJINWORKS to deliver bigger and better games, and Summon Night 6 is a perfect example: It’s happening because we proved that an audience was there, even on a nearly forgotten platform like the PSP. Now, with the next game appearing on the most popular console in the world at the peak of its popularity, we can finally give this awesome series the global exposure that it deserves.

Summon Night 6 is one of our biggest projects to date. It has enough text to fill about five novels—over 50% more than the huge volume of text that Summon Night 5 had.