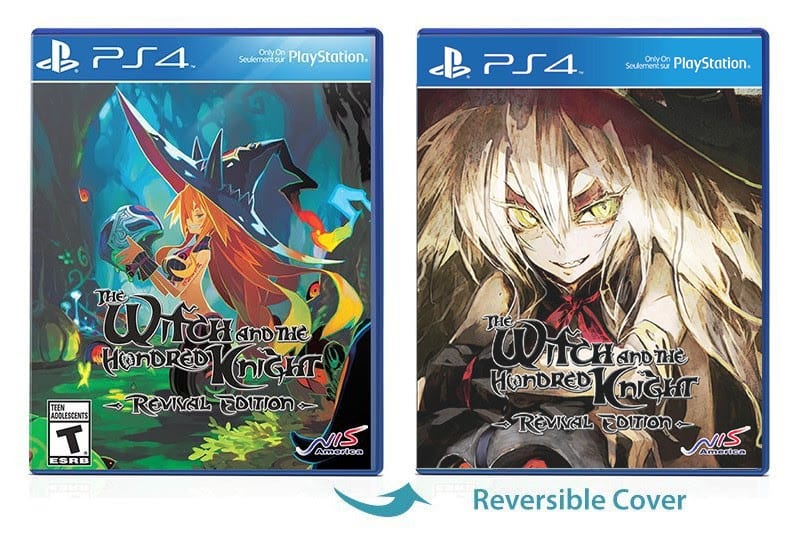 Back when The Witch and the Hundred Knight was first released on the PlayStation 3 in 2014, Nippon Ichi Software America provided a community poll which allowed gamers to chose the alternate cover artwork for the game’s North American release. Following another hotly-contested poll by their fans, NIS America have unveiled the reversible cover artwork that all PlayStation 4 copies of The Witch and the Hundred Knight: Revival Edition will include. If you haven’t seen it already, the artwork can be found above.

In addition to this announcement, NIS America have shared a new batch of screenshots for the dungeon-crawler RPG. These screenshots focus on Metallia, who will become playable in the Revival Edition.

Developed by Nippon Ichi Software, The Witch and the Hundred Knight: Revival Edition is set for release in North America on March 1st 2016, and in PAL regions a few days later on March 4th 2016.