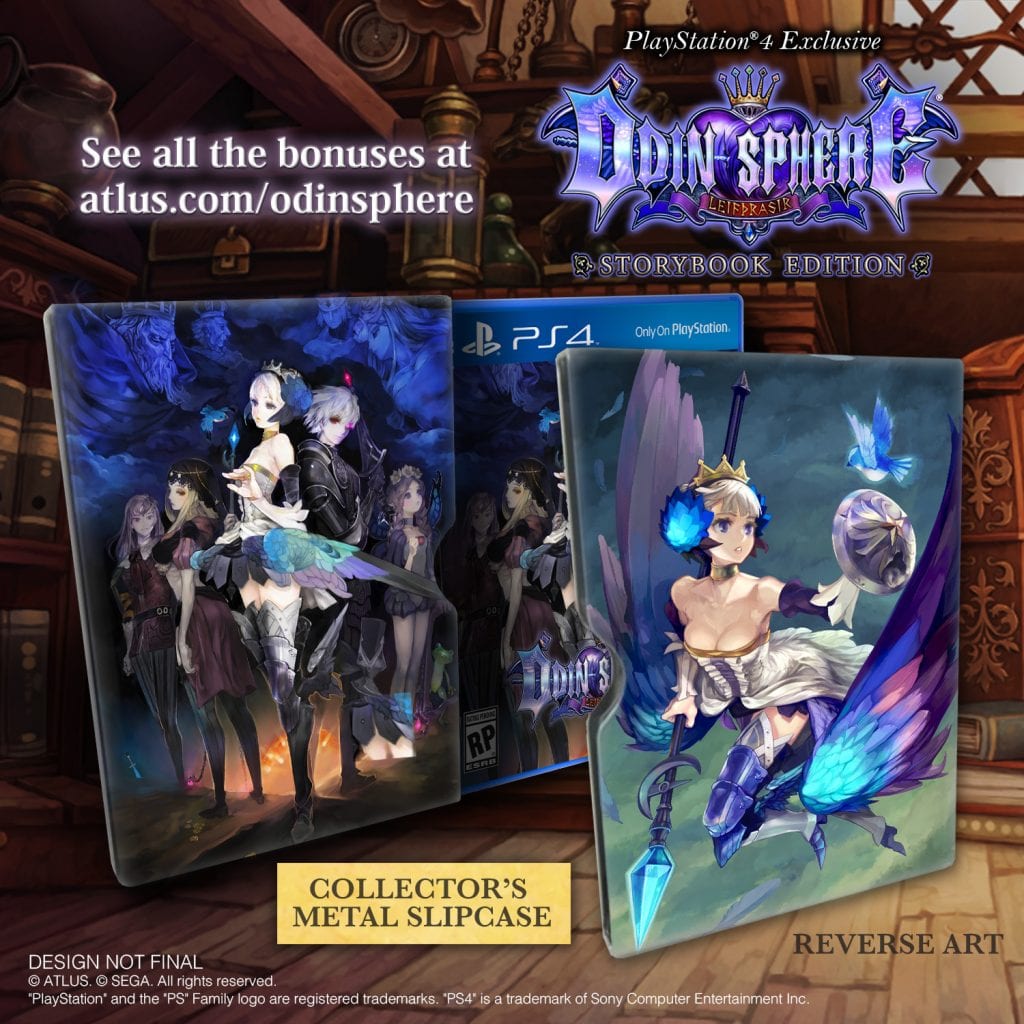 While you can purchase Odin Sphere Leifthrasir on either the PlayStation 3 or PlayStation Vita, those who purchase it on the PlayStation 4 also have an opportunity to pick up the game’s Storybook Edition. This edition comes with a number of goodies including a Premium box, a 64-page hardcover artbook, an art print featuring Alice & Socrates, a Potion Recipe T-Shirt and a Collector’s Metal Slipcase.

After keeping the slipcase design a secret, ATLUS USA have confirmed the artwork will feature the valiant Valkyrie Gwendolyn. You can see the final design in the image above. Unlike Alice & Socrates (Who appear on the art print) who had a fairly minor role in the original game, Gwendolyn is one of the game’s five major playable characters.

Odin Sphere Leifthrasir is an enhanced HD remake of the original PlayStation 2 release of Odin Sphere, once again developed by Vanillaware. The game is steeped in norse mythology with intricate plots that suit a Wagner opera. Five character plots (Those of Gwendolyn, Cornelius, Mercedes, Oswald and Velvet) intertwine as the world of Erion hurtles towards the end of days as warring kingdoms clash for control.