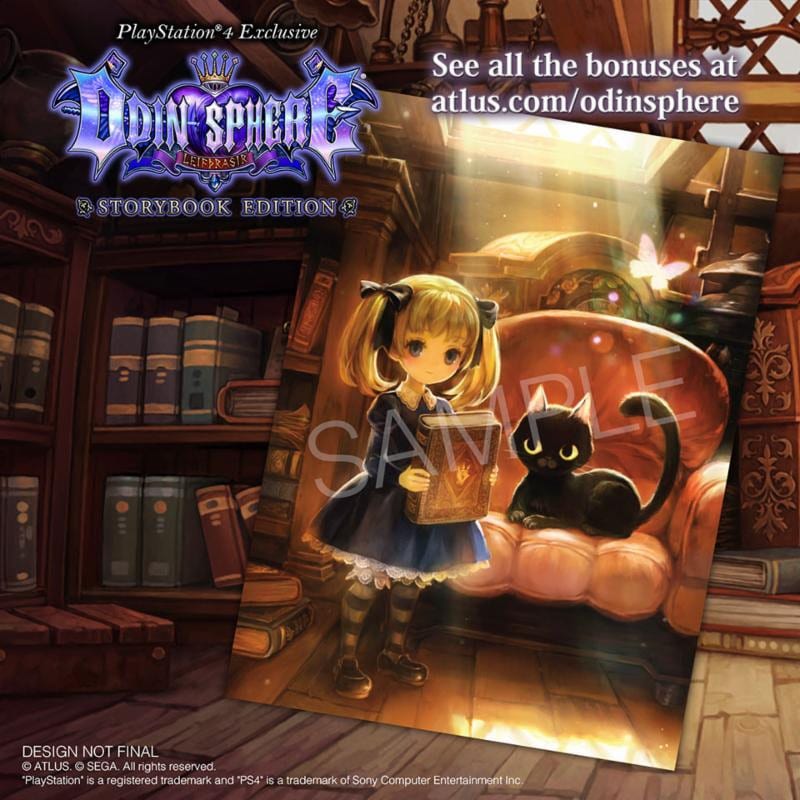 When they first promoted the “Storybook Edition” for Odin Sphere Leifthrasir, ATLUS USA indicated that the edition would come with a mystery art print (7.25″ x 10″). Clearly not keeping the air of suspense about what this print would feature for all that long, the company have revealed the artwork will star Alice and Socrates. Those who played Odin Sphere on the PlayStation 2 will be aware of the role these two play in the game, which could be considered secondary compared to the other characters. Whether or not this means their roles have been extended remains unknown.

Odin Sphere Leifthrasir is an enhanced HD remake of the original PlayStation 2 release of Odin Sphere, once again developed by Vanillaware. The game is steeped in norse mythology with intricate plots that suit a Wagner opera. Five character plots (Those of Gwendolyn, Cornelius, Mercedes, Oswald and Velvet) intertwine as the world of Erion hurtles towards the end of days as warring kingdoms clash for control.

Odin Sphere Leifthrasir is set to be released on the PlayStation 4, PlayStation 3 and PlayStation Vita on June 7th 2016 in North America. A PAL region release has yet to be locked in – although seemingly in the works.