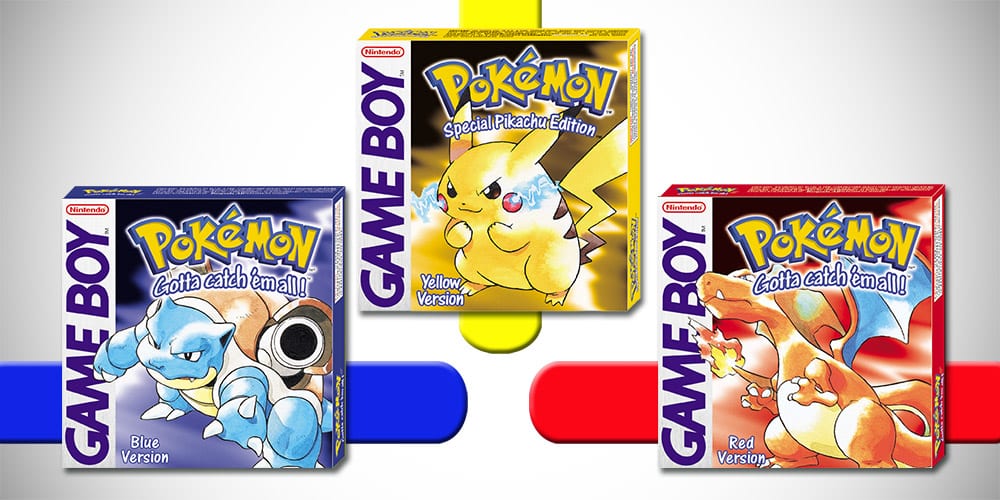 Delivering what could be a huge hit of nostalgia for long-time fans of the Pokemon franchise, Nintendo have announced that Pokemon Red Version, Pokemon Blue Version and Pokemon Special Pikachu Edition (Yellow Version) are all set to be re-released on the Nintendo 3DS starting February 27 2016.

The release date chosen was purposeful, as it was the same day that the original games were first released in Japan in 1996. There is no word on if or when other classic Pokemon games such as Pokemon Gold and Silver will receive a comparable virtual console release. It will also be interesting if glitches such as the infamous MISSINGNO glitch will be retained in the Blue and Red versions.

The games do seem to be receiving some small changes at the very least, namely in the way players can trade Pokemon. In the original version you were required to link up two GameBoy units with a special Link Cable which was sold separately. These three versions will feature wireless communication between the Nintendo 3DS family of systems.

Pokemon Red and Blue were the first two Pokemon games released to the international market, and was followed by Pokemon Yellow. Pokemon Yellow was unique in that it drew some elements from the TV anime – such as the inclusion of Jesse and James from Team Rocket, the only starter Pokemon being a Pikachu, the ability for the player to obtain all three original starters (Bulbasaur, Charmander and Squirtle) and more.