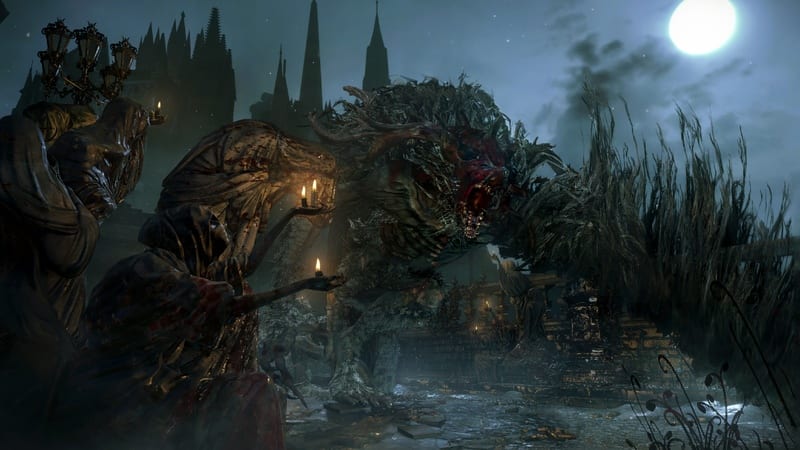 FROM Software left me pleasantly surprised with their PlayStation 4 exclusive action RPG Bloodborne, with the game taking many of the challenging aspects of Demon’s Souls / Dark Souls and complementing them with several new concepts and ideas. Although it may not have been a completely unique title, Bloodborne delivered a very satisfying experience which deserved the overall A-grade it received in my April 2015 review.

One of the questions going around is if Bloodborne will receive some form of DLC expansion, similar to what Dark Souls II received with Crown of the Sunken King, Crown of the Old King and Crown of the Ivory King. The good news is that, despite the considerable wait, an expansion is in the works.

Shuhei Yoshida, President of Sony Computer Entertainment’s Worldwide Studios has today confirmed in a tweet that “An expansion is coming” and that fans should expect more information later this year.

Details about this expansion are limited asides from it existing. Expect to hear more on this in the coming months.