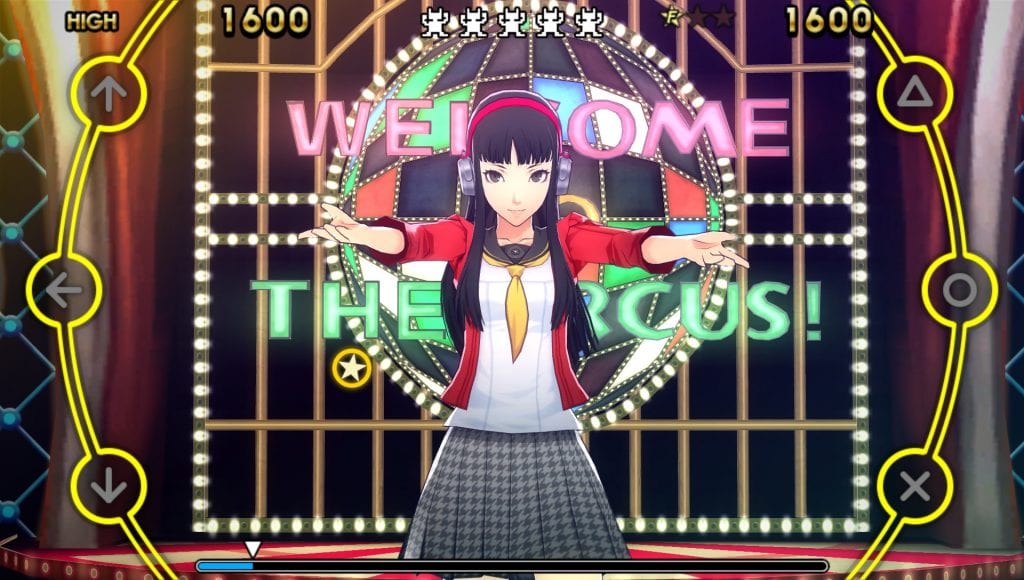 With only a month and a half remaining until Persona 4: Dancing All Night hits store shelves in Japan, ATLUS have shared a sizable bunch of screenshots for the upcoming rhythm game / Persona spin-off.

These screenshots start off with a few focusing on dialogue, all bar two involving a non-playable character who’s role is currently limited to the storyline. The remaining, and much larger chunk, of the screenshots highlight gameplay footage. Each of the game’s playable characters (Kanami Mashita, Rise Kujikawa, Yu Narukami, Chie Satonaka, Yosuke Hanamura, Kanji Tatsumi, Teddie, Yukiko Amagi, Naoto Shirogane and Nanako Dojima) receive their own dedicated compilation of screenshots. The batch is concluded with a couple of screenshots featuring two characters as a pair.

Serving as a spin-off game to 2008 JRPG Persona 4, Persona 4: Dancing All Night is set to hit store shelves in Japan beginning June 25th 2015. This launch date will be followed by a North American and (hopefully) PAL region release soon after.

Unfortunately, the Continental Circus will be able to make their way to the Mih Khetto's Amphitheatre in Old Gridania this year. This...
Read more
Video Games

While they were once two of the priciest PlayStation 1 games in the used video game market...
Read more
Video Games

For quite some time now, players have been able to collect points through in-game accomplishments and spend...
Read more