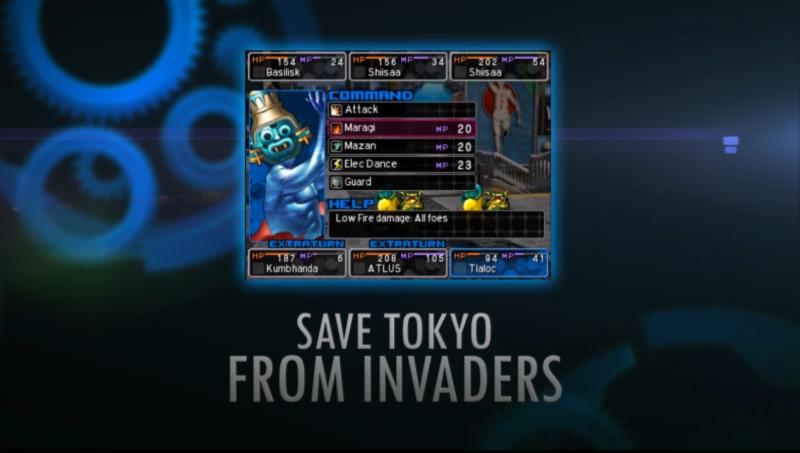 ATLUS USA have today confirmed that Devil Survivor 2: Record Breaker has begun rolling out to stores and the Nintendo eShop in North America. Following from their release of Shin Megami Tensei: Devil Survivor 2 on the Nintendo DS several years ago, players are once again asked to save humanity from ultimate destruction as the hands of extra-terrestrial beings known only as Septentriones.

This enhanced 3DS port purportedly doubles the content from the original game, with a brand new “Triangulum” story arc, a complete English dub and a variety of other assorted features which will hopefully appeal to series veterans and newcomers alike. Record Breaker does not require someone to play the origina Devil Survivor, so newcomers to the series can jump straight into the game without the need for any pre-existing knowledge.

In the world of Record Breaker, your days are numbered, as Earth is on the brink of destruction. An invasion by extra-terrestrial beings called “The Septentriones” forces a group of friends with their newly attained demon-summoning phone applications to stand up against the invaders and put a stop to what could be the end of humanity. As the story progresses, the player will be faced with decisions that could decide the life or death of a dear friend. Some of these decisions could even change the fate of humanity.

Devil Survivor 2: Record Breaker currently has a recommended retail price of $49.99 USD, and can be purchased at retailers and via the Nintendo eShop. Nippon Ichi Software America are handling the game in PAL regions, although no finalized release date has been locked in.