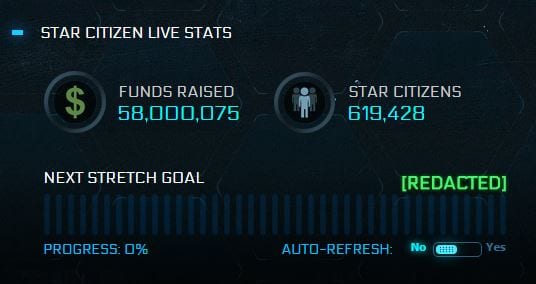 Those who have been following the recent concept and ship sales for Star Citizen will likely not be surprised that Cloud Imperium Games have managed to hit their $58 Million crowdfunding target for the game.

Following an incredible $1.3 Million raised in a single day alone, the latest stretch goal was reached so quickly that the development team doesn’t seem to have even finalized the reward for it – meaning either backers or the game itself are currently receiving a “Coming Soon”.