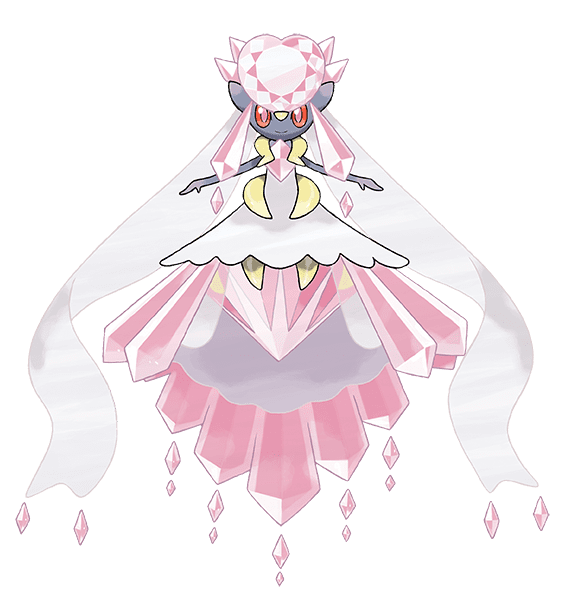 After promoting the Mythical Pokemon Diancie since Pokemon X and Pokemon Y were released last year, Nintendo Australia have finally confirmed distribution details for Australia and New Zealand. Between November 10th and November 28th, they will be distributing special code cards via selected EB Games, JB Hi-Fi, Big W and Target stores, which can then be claimed by players in-game through usual means.

Once players receive Diancie, it can be transferred over to Pokemon Omega Ruby and Pokemon Alpha Sapphire when both games release on November 21st. After obtaining the Diancite Mega Stone in the new games, players can Mega Evolve Diancie into Mega Diancie during battles.