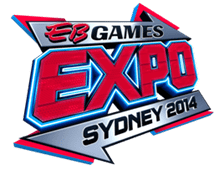 With the EB Games Expo set to take place between Friday and Sunday next week, a final set of announcements have been made concerning games that with be playable or otherwise displayed by major publishers during the event. The latest list of games include:

Each of these games will be displayed at their respective publisher or developers booth. They will join previously confirmed games including:

The EB Games Expo team have also announced some of the events and presentations that some (albeit not all) major publishers will be hosting over the three days. Note: All descriptions presented have been provided by EB Games

See home grown talent at the EB Arena between 7:00 PM and 8:00 PM as 2K offer an insight into games development in Australia from two local developers who worked on Borderlands: The Pre-Sequel.

Check out XBOX presenting the best place to play with Sunset Overdrive, Forza Horizon 2 and Halo: The Master Chief Collection at the EB Arena on Friday October 3 12:30PM to 1:30PM, then meet the makers of XBOX One’s exclusive games for this holiday season for a Q&A and signing at the Community Stage 2 from 2:00 PM to 3:00 PM.

Catch Ubisoft’s key international developers at The EB Arena on Saturday October 4 at 5:00PM to 6:00PM, followed by a Q&A session at the EB Community Stage 2 from 8:00PM to 9:00PM.

Whether you can shake it or not, families and kids are encouraged to test out their dancing skills in the Just Dance 2015: Kids Learn to Dance show with Buck.

Get involved in a Warner Bros. games developer Q&A and signing before a Warner Bros. international developer presentation at the EB Community Stage 2 on Saturday October 4 from 9:30PM to 10:30PM.

The EB Community Hub will put you in touch with grassroots gaming with Good Game, Just ‘Cos shows, panels and the Batmobile at the Modcave.

This year there’s a line-up of industry professionals at panels including the Changing Face of Gaming Journalism, The Great Debate: PC versus Console, Weird and Retro and Geek Parenting. Refer to the EB Expo scheduling to see when you can check out your favourite panel.