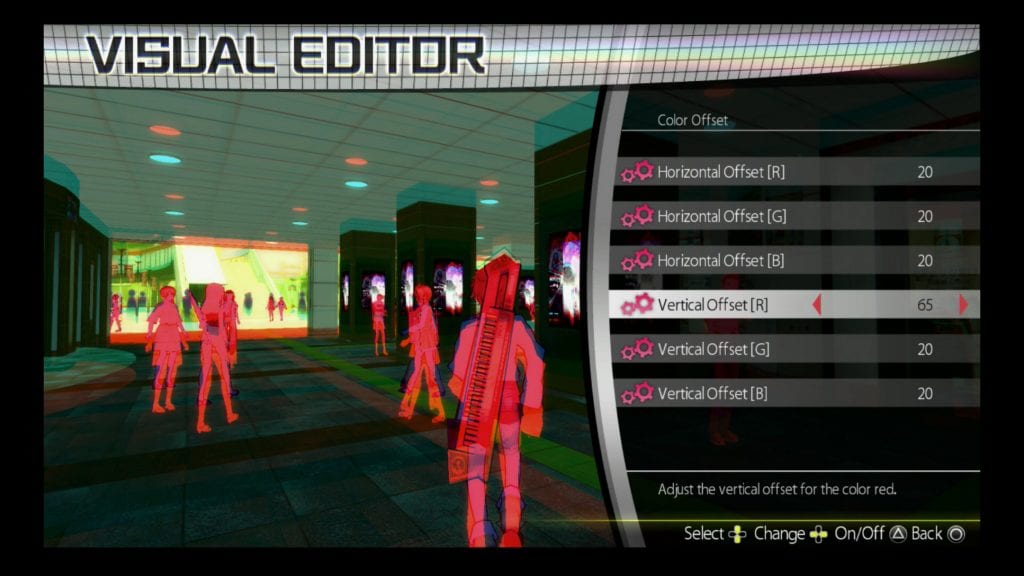 While gamers have been able to enjoy traversing Akiba’s Trip: Undead & Undressed‘s virtual replication of Akihabara for approximately a month now, this is not the end of XSEED Games’ localization work on ACQUIRE’s open-world Adventure / Beat-em-Up .

As of early-2015, XSEED is set to release an updated version of the game exclusively for the PlayStation 4, bringing with it a number of new features including a Visual Editor which allows players to customize the look of the game world, and a chat command system which allows livestream viewers to directly interact with players in unique and comical ways. These features are the focus of their latest batch of screenshots released earlier today.

Akiba’s Trip: Undead & Undressed (released as Akiba’s Trip 2 in Japan) takes players on an eclectic trip through a meticulous recreation of Tokyo’s “Electric Town” district, known as Akihabara (Akiba for short), in which they will battle vampire-like foes in over-the-top, highly stylized role-playing action.

Akiba has been invaded by creatures known as “Synthisters” who prey on game- and anime-obsessed “otaku” patrons, forcing their victims to withdraw from society and stealing their will to live. Only direct exposure to sunlight can destroy the Synthisters, so it’s up to players to send them to the netherworld by engaging them in battle and stripping them down to their unmentionables. Everyday objects from baseball bats to comic books to motherboards can be used as weapons, and players can take enemies’ unique clothing items for their own personal use. Dual Audio with English and Japanese voiceovers complements a narrative dripping with satire and nods to Japanese culture to create a bewitching modern day supernatural otaku adventure in XSEED Games’ largest voice-over project to date.

While the company have not confirmed any plans for cheap PS3 –> PS4 upgrades, XSEED Games have confirmed their continued commitment to releasing additional free DLC releases throughout September 2014 for both PlayStation 3 and PlayStation Vita platforms.