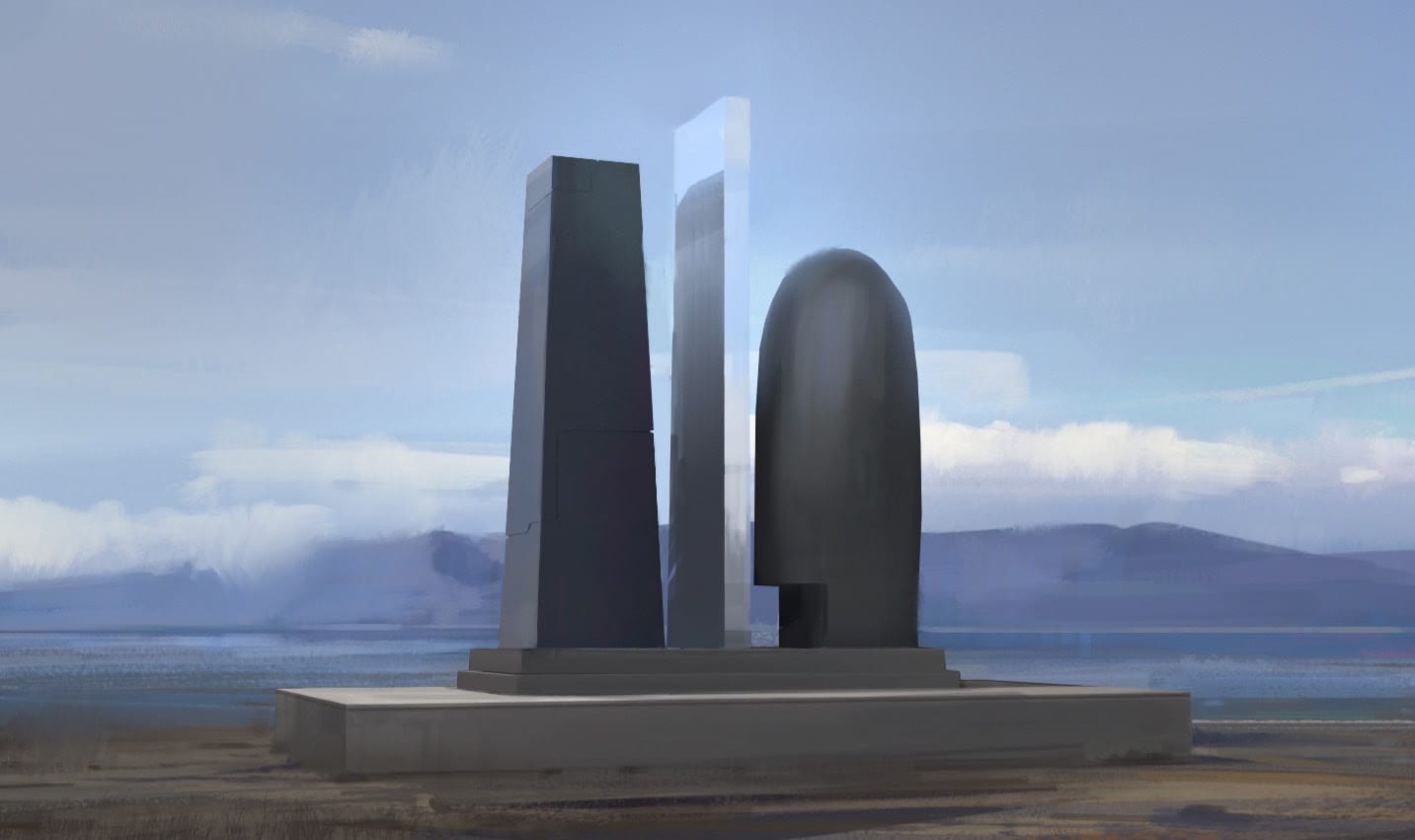 With their popular and more complicated online game EVE Online hitting many milestones in the past year, developer CCP Games have today confirmed their plans previously announced at EVE Fanfest 2013 to erect a monument in the downtown harbor of Reykjavik, Iceland to honor all of those whom have participated in the establishment of the giant virtual universe – the players.

The monument will serve as a physical manifestation of the respect and appreciation the company has for the millions of EVE Online players and followers who have contributed in the cooperative creation of the EVE Universe over the past decade. It also serves as a gift to Reykjavik, the home of CCP Games and EVE Onlinedevelopment for the past 16 years, as well as its inhabitants and those who come to visit the world‘s northernmost capital.

The monument will stand atop a half a meter tall metal-plated concrete platform that will have the names of all the main characters of all active EVE Online players (as captured on the 1st March 2014) etched upon it. CCP will be honoring EVE players who have passed away by adding their names to the monument as well.  A web-based application will assist in finding specific names on the monument‘s surface. A laptop buried under the monument will serve as a time capsule with videos, messages wishes and more from the players and the development staff.

The monument will be unveiled on Wednesday April 30th, a day before Fanfest 2014, the annual gathering celebrating the EVE Universe held at Harpa Concert and Convention Center in downtown Reykjavik.

Our intention is to immortalize the contributions of the millions of people of the EVE universe in a way that extends beyond their immortality in our games. Honoring them as part of a timeless monument shows how virtual lives and adventures have reached a new level of meaning and impact that weaves into and enhances those that happen in this world. We are humbled by all those that have joined us on the journey so far, and it’s our hope that this physical piece will continue to gather energy and relevance into decades to come, becoming like EVE Online and outliving us all.

The monument is an a outdoor sculpture by the artist Sigurður Guðmundsson with help and input from EVE Online‘s own art directors Börkur Eiríksson and Ásgeir Jón Ásgeirsson. “Worlds Within a World” will stand over five meters tall and consist of two main elements facing each other through a highly polished stainless steel surface that reflects and mirrors the elements and the landscape. On the left side of the model stands a dark aluminum structure with a quote from the EVE Universe and on the right a dark granite facial figure representing the game’s players.