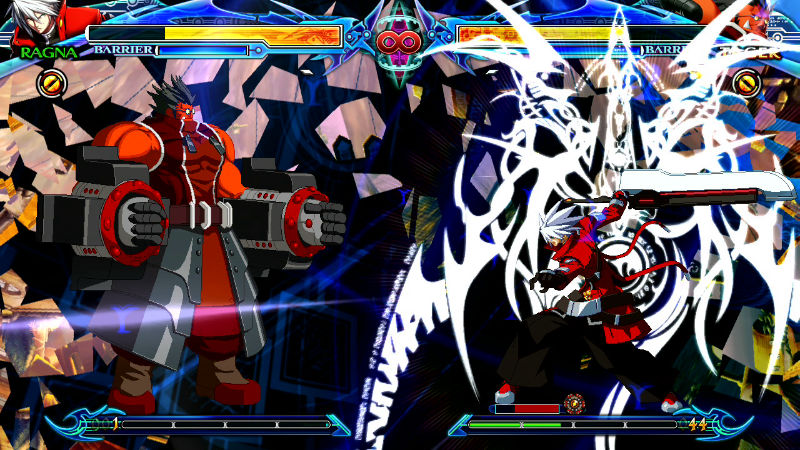 Are you a fan of Japanese 2-D fighting games? If so take note! Aksys Games have announced that they will be releasing a slightly enhanced edition of of BlazBlue: Chrono Phantasma on the PlayStation Vita during Summer 2014. Not yet released in Japan on the console, this edition will feature all playable characters from the original PlayStation 3 in addition to an additional story, an enhanced Abyss Mode and a couple more features. Players will also be able to purchase the two DLC characters Kokonoe and Terumi and unlock the character Kagura Mutsuki.

Some features of this release as shared by the publisher include:

Ragna Begins His Final Mission – BlazBlue: Chrono Phantasma’s story mode contains more than 30 hours of gameplay, delving further into the epic journey of Ragna and the others than ever before. The PlayStation Vita system version contains a summary that takes you back to the events of Calamity Trigger and Continuum Shift to help refresh your memory!

Additional Story Content – Ever wonder what Noel, Ragna and new characters Celicia and Kagura would do if they hung out at a beach? Wonder no more becauseBlazBlue: Chrono Phantasma for the PlayStation Vita system offers just that: a completely new story featuring your favorite characters at the beach! Did we mention bathing suits?

With the Cauldron shattered and the cycle broken, Ragna begins his final mission: Hunt down the villainous Terumi. Noel’s life and the fate of the entire world hang in the balance as Ragna the Bloodedge marches toward one last confrontation.