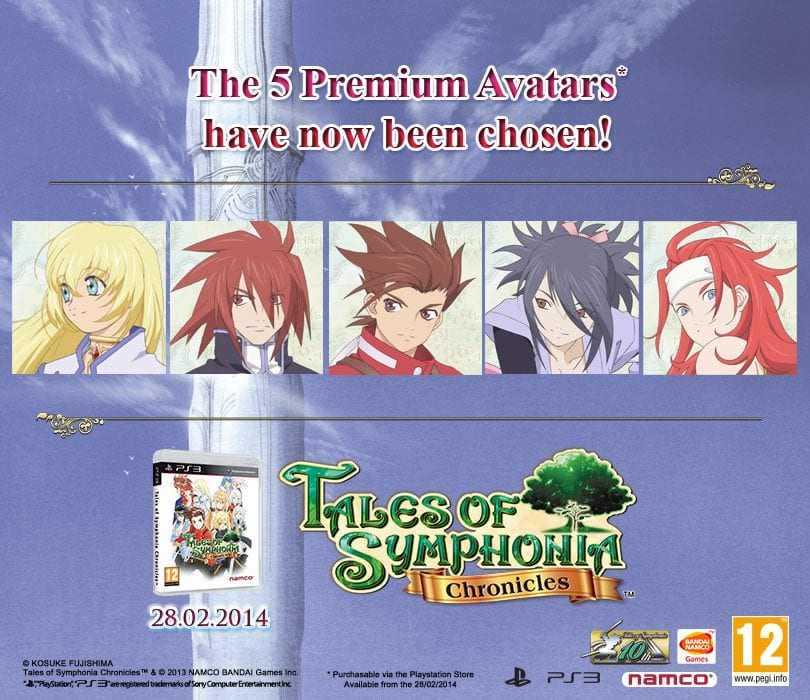 Last week, Namco Bandai Games Europe offered Tales series fans to vote for which of twelve Tales of Symphonia Chronicles “Premium” PlayStation avatars they would like to see purchasable via the PlayStation Store – with the top five voted characters to receive a release in the near future. After voting ended on Sunday evening, the company have confirmed that the following avatars will be available soon for purchase (In order of increasing popularity):

There is no word on if Namco Bandai have any plans to release the additional seven avatars in the future. Considering they had them all drawn up for the promotion, it would surprise me if they didn’t.