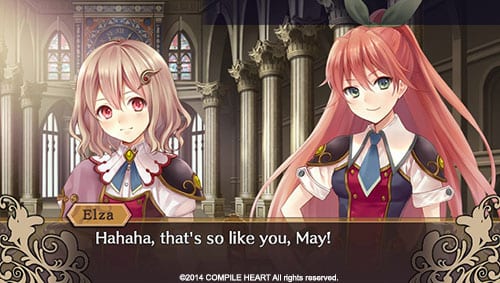 During my interview with Idea Factory International CEO Haru Akenaga last year, he mentioned what while they are at this moment about providing information regarding their games to international fans, they would be open to to publishing something small scale and more niche that other publishers won’t handle. While it is unclear whether they have decided to take on the initiative or an international publisher is just being very quiet about their plans…. but Monster Monpiece seems to be headed internationally on the PlayStation Vita

It has been recently discovered by fans that the Idea Factory International was recently updated with new screenshots for Monster Monpiece, this time featuring English localization’s as shown in the images on this post. At this moment the publisher only lists the Japanese (January 2013) release of the game, but it is something to keep your eyes out for.

When Idea Factory International first launched their website in 2013, requests for a localization of Monster Monpiece were quite common, with several threads on the game still actively running on their forums today. 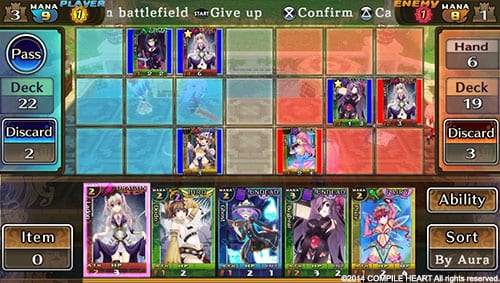 God’s hammer struck twice, punishing the of world of Yafaniel below…

In the world of Yafaniel, humans and an unusual species called “monster girls” coexist. May Esperio, an Academy student from Kunaguva, is training hard to become a “master” of monster girls with her best friends, Elza and Karen. However, after an encounter with a mysterious stranger, Elza became “Lost”, a victim of a strange affliction that plagues both humans and monster girls.

Elza and the monster girls in her service have begun stealing the Magus Quartzes that are held in each of Yafaniel’s major cities.May decides to travel the world pursuing Elza in an attempt to cure her. However, May knows that if she fails to save Elza, the whole world may be destroyed! 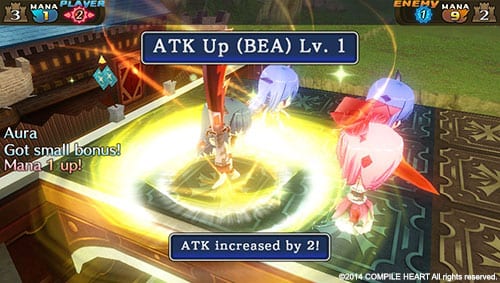