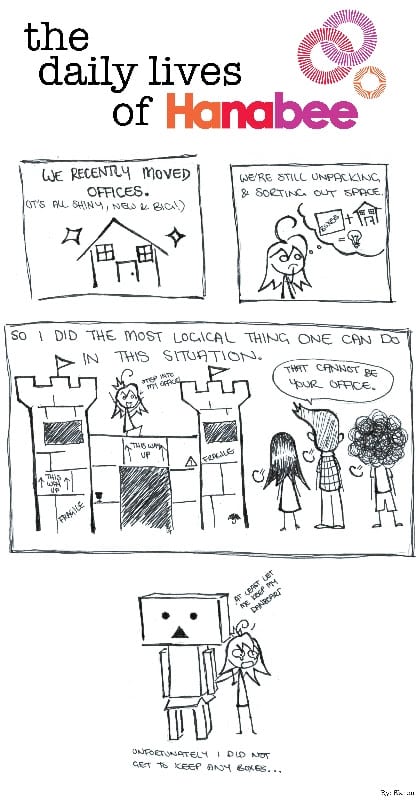 Following their attempts to be more community oriented and laid back than their market counterparts, Australian anime publisher Hanabee Entertainment have decided to today launch a new segment via their social media channels titled “The Daily Lives of Hanabee”. In the spirit of “The Daily Lives of High School Boys” they released in mid-2013, it follows the rather quirky lives of the four Hanabee Entertainment staff.

I am however running by the assumption that the appearance of Cardbo does not indicate that the publisher is not going into the manga publishing business with Yotsuba – although I would not be negative about this decision given the distinct lack of manga releases over here in Australia.

Hanabee also shared their latest “Update” video detailing The Otaku’s Study / Capsule Computers “Best of 2013” sale among other topics which you can check out below: