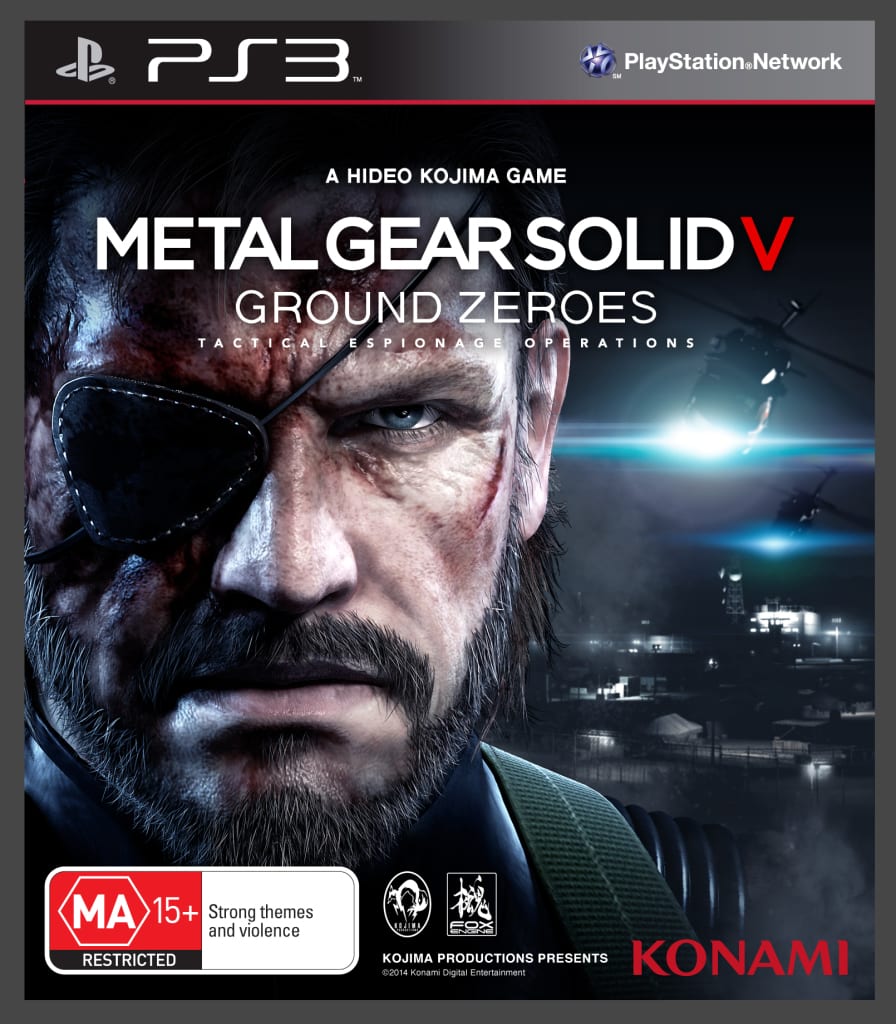 Konami Digital Entertainment in collaboration with Australian publisher Mindscape have shared the cover artwork for their upcoming release of Metal Gear Solid V: Ground Zeroes, currently one half of the MGS V experience planned over the coming months.

While Playstation gamers have been confirmed to have something unique to their consoles, the publisher also confirmed that an exclusive ‘Jamais Vu’ mission will be available exclusively on the Xbox360 and Xbox One video game consoles. This mission is set to give the chance to play the cybernetically-augmented mercenary,Raiden in this new game – following on from his own release of Metal Gear Rising earlier this year.

The exclusive mission is set within a Cuban containment camp, and becomes available once certain conditions are met. The mission begins with Raiden charged with investigating an alleged biorobotic incursion, and dropped on the periphery of the camp. Thus, the augmented hero must gain access and secure firm evidence of the “bioroid” presence – dubbed ‘Snatchers’ by the intelligence group. The Snatchers, while externally disguised as marines, produce an inhuman X-Ray when tagged using the game’s marking system. Raiden must locate and eliminate the imposters while evading capture by the unaware humans charged with guarding the base.

The new Microsoft content marks the return of Hideo Kojima’s classic 1988 ’Snatcher’ universe. The eponymous Snatchers featured in an MSX title followed the release of the first Metal Gear, and was set in the futuristic city of Neo Kobe, where the mysterious beings were infiltrating society by killing people and assuming their identities.

The ‘Jamais Vu’ mission begins with Snake and his cybernetic ally being briefed, before Raiden – forgoing his famed Katana blade – jumps into the camp. Raiden has been chosen for this mission not only for his superhuman abilities, but also because, unlike Snake, he lacks a human body to snatch.  The mission will be integrated within both digital and boxed versions, and reintroduces Raiden to the stealth-orientated themes of the Metal Gear Solid universe.