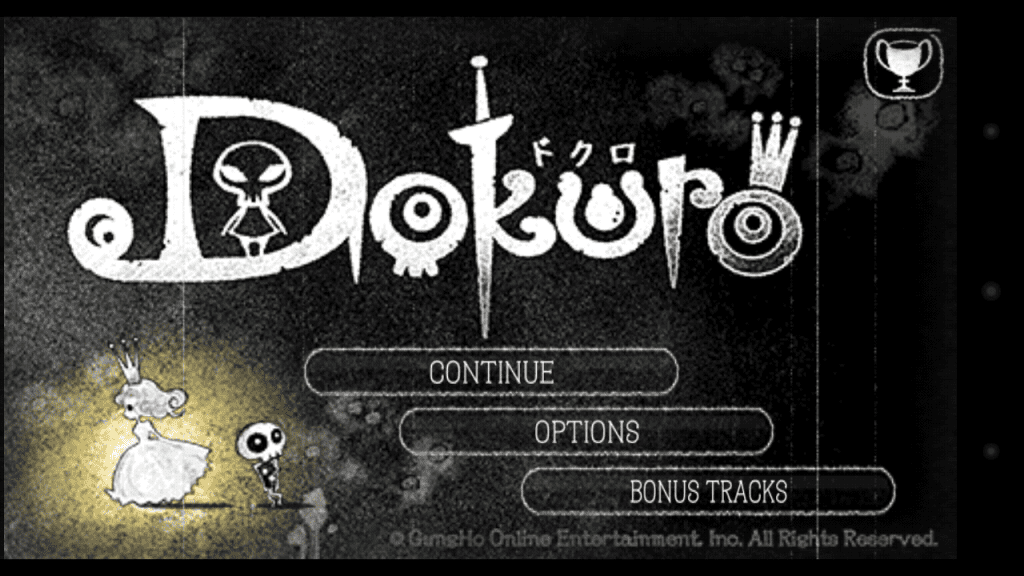 Following its Playstation Vita exclusive release back in 2012, GungHo Online Entertainment have announced that Dokuro is now available on iOS and Android platforms for the first time in English. This game is a mash of side-scrolling platforming and puzzle gameplay in a chalk-art world where you play as a skeletal minion who must risk his own… bones in order to rescue the Princess from her captivity.

Players aid the characters’ escape through a variety of gimmicks, including transforming Dokuro into a swashbuckling hero and drawing lines of chalk to bypass pits and other obstacles. Dokuro’s path is barred by numerous fiendish traps and formidable enemies, requiring both brain power and quick reflexes on the part of the player.

Given its original release on the Playstation Vita that came with touchscreen support, the game has more or less been ported over without any major changes to the gameplay process other than the inclusion of a visual control pad and a few difficulty / level structure tweaks.

Want to know more about the game? Check out my review of the PS Vita edition HERE.