Continuing the Countdown to Next Tales Game, Namco Bandai Looks at Tales of Hearts and Tales of Graces 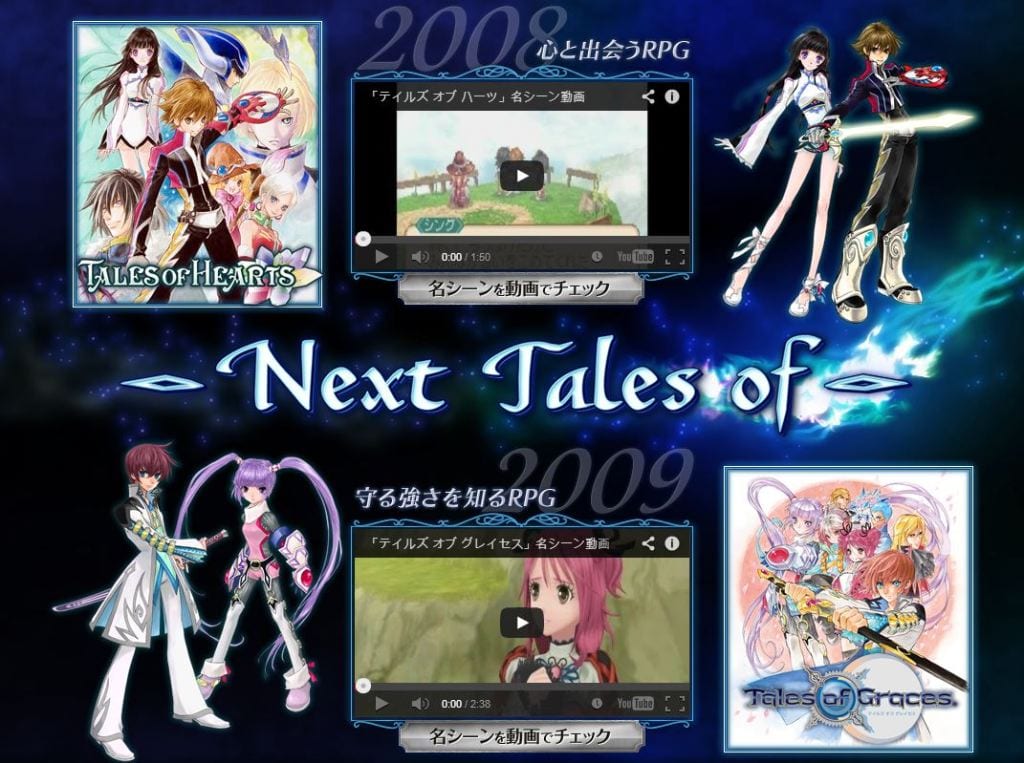 s I reported a few days ago, Namco Bandai have been teasing the announcement of their next Tales series title by going through the history of titles, starting with Tales of Phantasia and Tales of Destiny from 1995 and 1997 respectively.

We continue to draw closer and closer to the announcement of the new game with the developer / publisher showcasing Tales of Hearts and Tales of Graces on the site which was released in Japan during 2008 and 2009 respectively. Select scenes are available in trailer form for both, in additional to bonus wallpapers for each as well via the teaser website.

With only Tales of Xillia and Tales of Xillia 2 left to showcase on the site unless they decide to feature the side-games, does this mean we can expect a 4th December 2013 announcement?