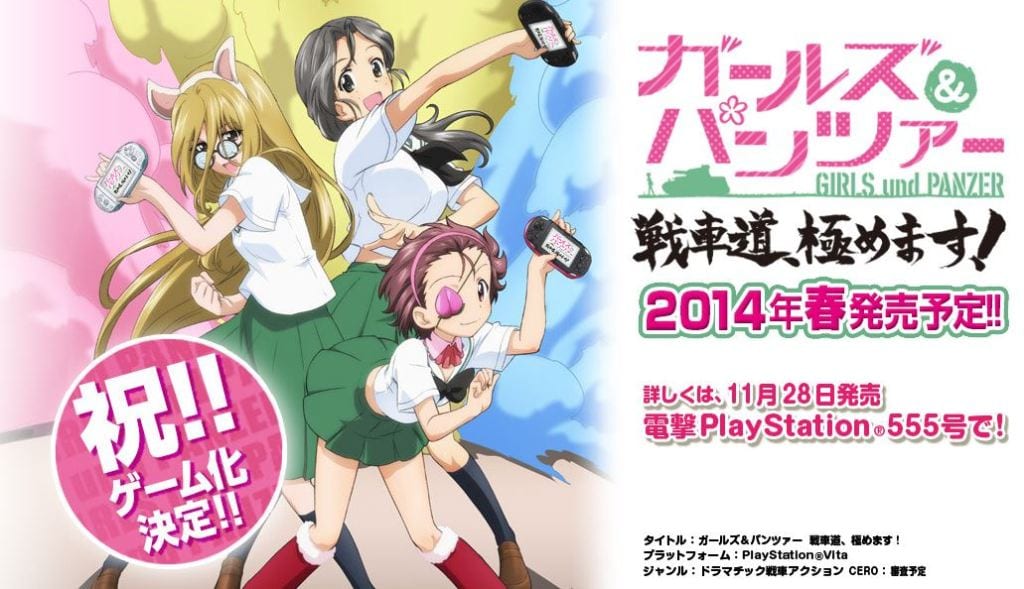 Following their release of several other anime to video game adaptations, Namco Bandai Games in Japan have confirmed that they will be developing and publishing Girls und Panzer: Master the Tank Road! (Girls und Panzer: Senshadou, Kiwamemasu! / ガールズ＆パンツァー 戦車道、極めます！) on the Playstation Vita during 2014.

This game has been described as a “Dramatic Tank Action” game, which as the description suggests will allow you to complete missions by operating the different tanks present in the series, while following a story similar to that of the anime series.

Limited information is currently known about the game, but you can check out the games official teaser website HERE.