Less Than A Week Out From Potential Persona 5 Announcement, Teaser Website Updates With Teddie 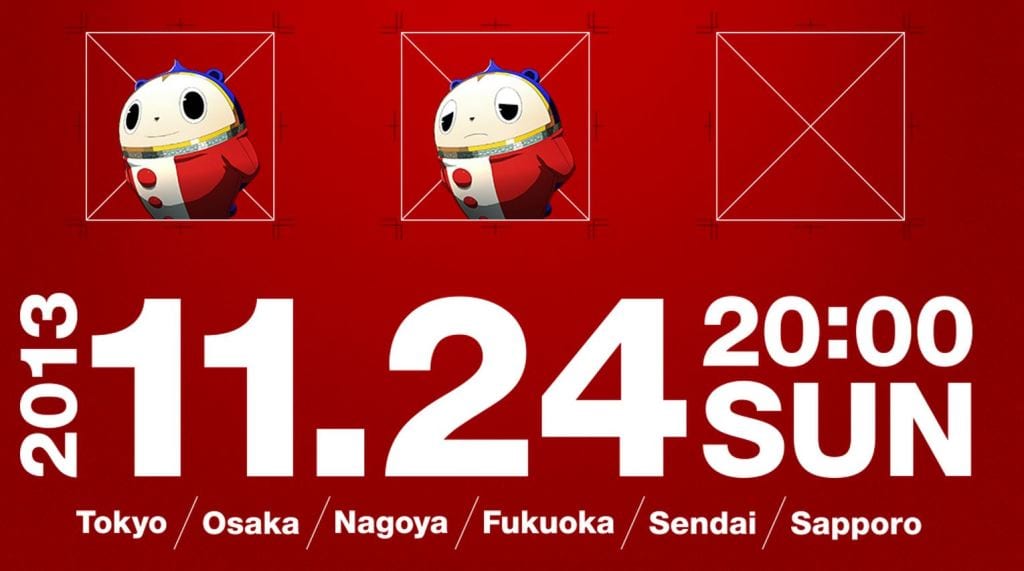 Back in September, ATLUS launched a teaser website that while vague at first gave some big hints about it being directly related to one or possibly a series of Persona related video game announcements (For more information, Read: ATLUS / P Studio Open Teaser Website For New Title – Maybe Persona 5?).

While the website has remained quiet for some time in the lead up to the 24th November 2013 20:00 JST deadline set by the website, it has recently been updated to feature a small game starring Teddie in the three mysterious boxes at the top of the page. It doesn’t seem like this has any purpose other than to draw attention to the page once again, but could also indicate a console edition of Persona 4 Arena: The Ultimax Ultra Suplex Hold.

While many Megami Tensei games have jumped around consoles over the years, Persona titles have generally remained a Playstation-console exclusive, with the last major (non-spinoff) release being published on the Playstation 2 and later the Playstation Vita.