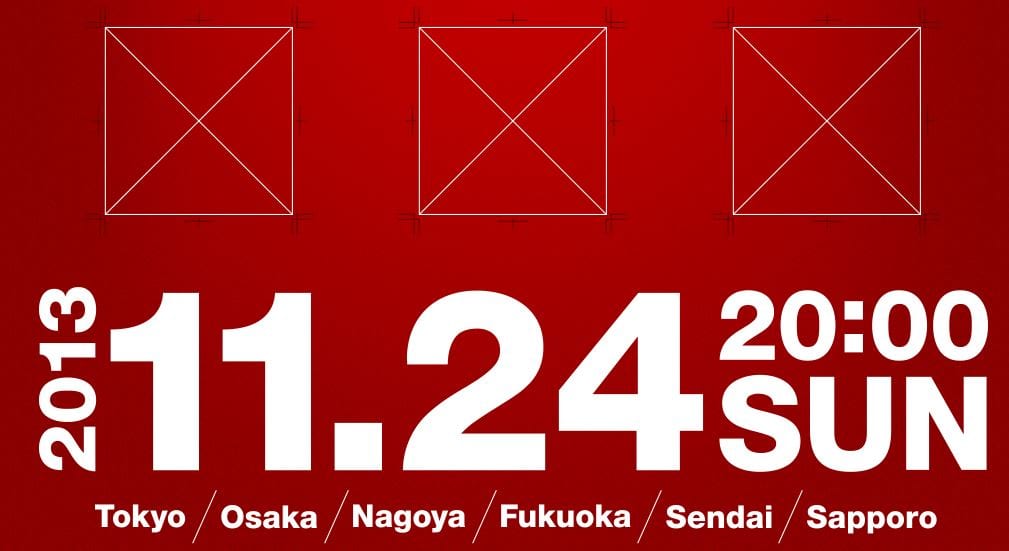 While November will be a big month for ATLUS as a company, it remains business as usual. On top of the recent announcement of “Persona 4: The Ultimax Ultra Suplex Hold”, a sequel to Persona 4 Arena for arcades (At the moment), we have the word of a new potentially Persona (5) related announcement.

Unfortunately what this announcement entails will be a mystery until the 24th November 2013 (At 8:00PM Japan Time to be precise), but the company has recently released a brand new teaser website. It is hard to make out, at the bottom-left corner of the page there are two company logos – the standard ATLUS logo and the logo for P “Studio”. While they have never come out and stated the “P Studio” is related to the Persona series…. given its logo was uncovered on the back of the boxes for Persona 4 Arena I think it is a probable hypothesis.

Of course…. with retweet buttons including the hashtag #ペルソナ…. I think the question is more “What Persona title” than “Is it a Persona Title?”. Given the recent announcement this could also relate to a console port of Persona 4: The Ultimax Ultra Suplex Hold.