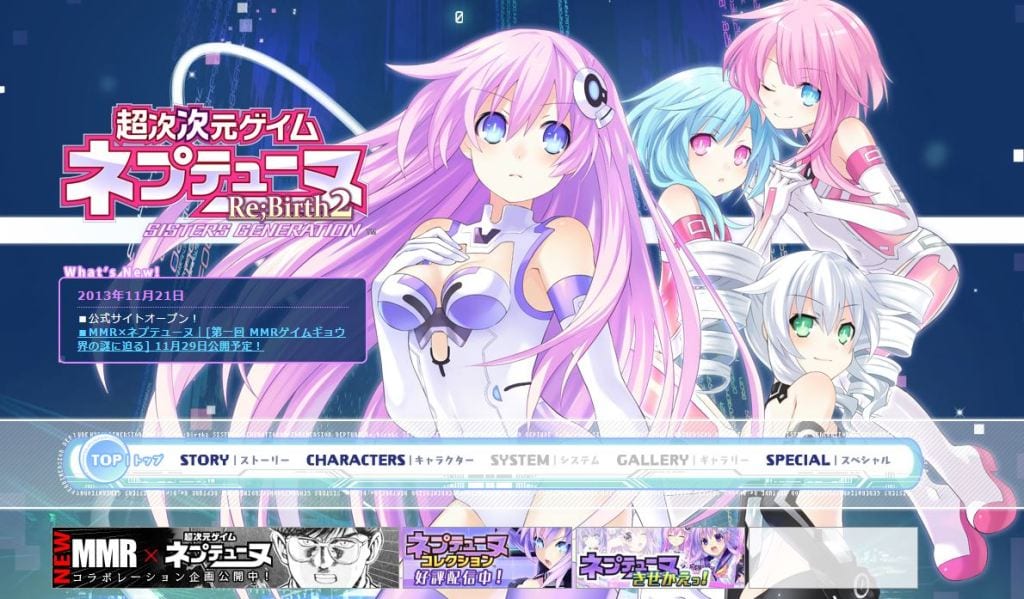 Currently the website only contains the basics such as storyline, character profiles on the all the main characters present in the original release and a special section comprising of a single trailer introducing the Oracles for each of the four continents in Gameindustri.

While set for release in Japan on the 20th March 2014, no international release date for the title has been confirmed.