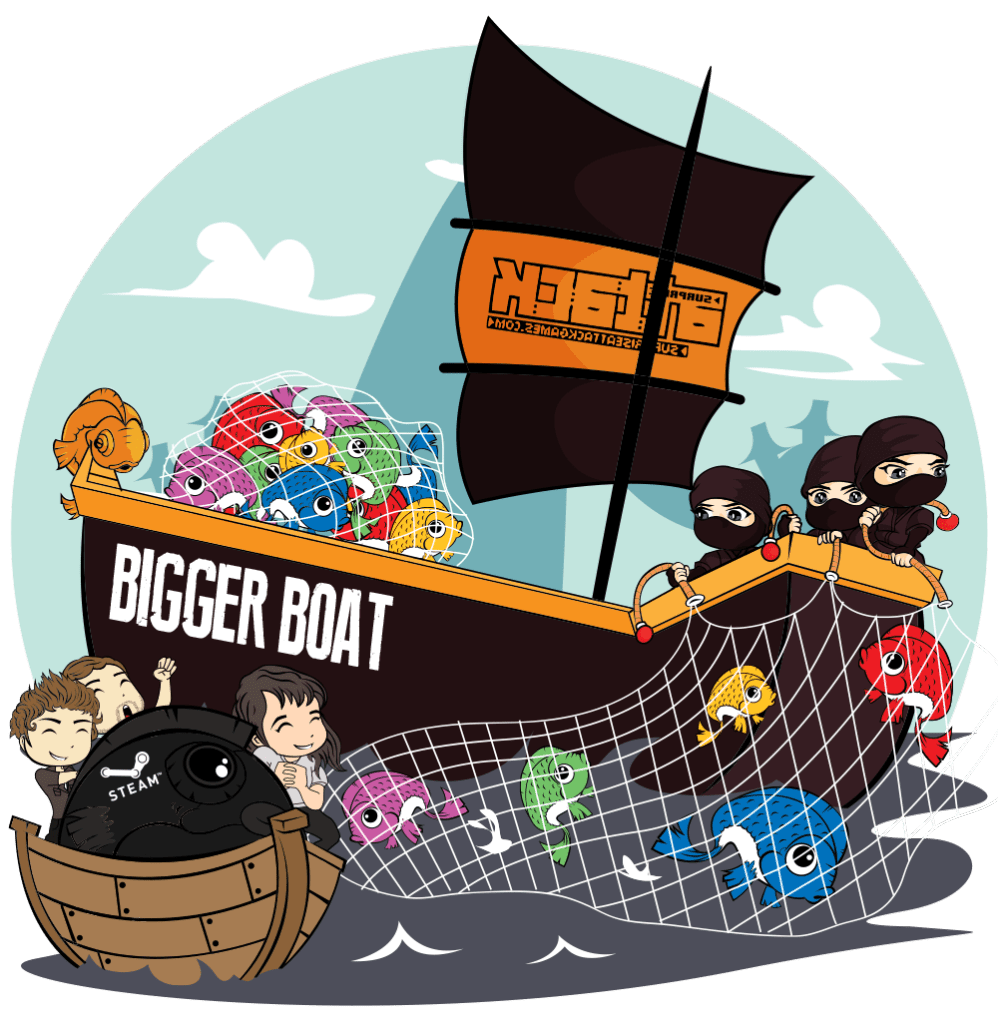 With Steam Greenlight standing in the way of many indie games ever making it onto the Steam store, there has been a growing demand for other digital services for the games not likely to make their way into the Top 100 titles or whatever. Surprise Attack Games, a video game publisher based in Melbourne, Australia have announced the launch of Bigger Boat, their new label which aims to make it easier for indie developers on the PC, Mac and Linux to distribute their games on a wider range of digital stores beyond Steam. As of this announcement there are seven games are already signed to the service.

The Bigger Boat service seeks to solve the challenging issue for small developers of how to unlock the revenue potential in the digital stores outside of Steam, such as GOG.com, Amazon, GamersGate or Gamefly Digital. Whilst these stores are generally easier to secure distribution than Steam, they each involve around the same amount of work to set up and manage, regardless of their size.

Developers who sign up to Bigger Boat are able to focus their precious time on managing the biggest sources of revenue such as Steam and their own website, whilst the team at Surprise Attack Games manages their game on up to 135 other stores. There are no upfront costs to the developer, instead Surprise Attack Games takes a small cut of the revenue from sales on the stores it manages.

Our core goal has always been to help independent developers by taking on some of the publishing or marketing tasks without impacting on their independence. Bigger Boat is a great example of that – we take something that is problematic for a small team and provide an easy way for them to unlock extra revenue.

Beyond just bringing our infrastructure to bear, a critical benefit of working with Bigger Boat is that developers join a curated portfolio of high quality indie games. That opens up opportunities for cross-promoting, bundling and introducing players of one of the games to titles they might not have heard of.