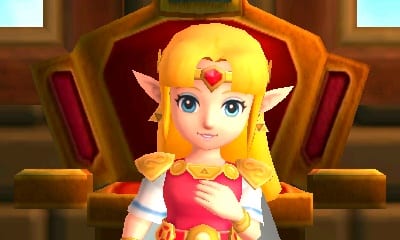 With one of the strongest performing portable consoles and one of the weaker selling home video game consoles on the market, this Christmas season is set to be important for Nintendo in a number of ways. Therefore the company during their recent Nintendo Direct press conference announced a number of release dates for titles set to hit store shelves from now until Christmas day.

These release dates are:

SUPER MARIO 3D WORLD: Containing many fresh power-ups, like cherries that allow players to duplicate their characters in addition to the series-first Cat transformation, the game will launch on 30th November.

Mario & Sonic at the Sochi 2014 Olympic Winter Games launches exclusively for Wii U on 9th November. For the first time in the Mario & Sonic series, players from around the world can take the action online and compete with others from around the world. Four events are playable online: Ski Cross, Snowboard Cross and Short Track Speed Skating, in addition to Winter Sports Champion Race, a Dream Event that combines Skiing, Ice Skating, Bobsleigh and Snowboarding into a single event. Every time players win a medal in online gameplay, they will win points for their home country, which can be viewed through persistent online rankings.

Wii Party U: House Party mode in Wii Party U puts the focus on using both the Wii U GamePad and Wii Remote controllers together in different, fun and social ways. For example, in Water Runners, using Wii Remote controllers players scoop water from the stream displayed on the GamePad and bring it to a pitcher displayed on the TV. The game launches on 26th October. The packaged version of the game includes a Wii Remote Plus and a Horizontal Stand for the Wii U GamePad. The stand will help players get the most out of games like Tabletop Football, in which gameplay occurs exclusively on the GamePad.

Super Mario 3D World and Wii Party U are two titles I will definitely be considering picking up this year for the Wii U. While Mario should hopefully bring that usual platforming fun that (almost) every main title in the Super Mario franchise does, Wii Party U is definitely something I will be playing with my family!

The Legend of Zelda: A Link Between Worlds: In this latest adventure in The Legend of Zelda series, players will have more freedom to explore the various dungeons in the order they want. Many of the most essential items at Link’s disposal in the game will be available early on at a shop run by the character Ravio, which lets players rent or buy items before they embark on their next dungeon adventure. The game launches on 23rd November.

Bravely Default: This anticipated role-playing game from Square Enix will launch on 7th December. Also available from launch will be a special Collector’s Edition of the game, plus an exclusive artbook available if fans pre-order the title.

Phoenix Wright: Ace Attorney – Dual Destinies: Launching on 25th October on Nintendo eShop, this latest instalment in the Phoenix Wright series sees the man himself return to the courtroom 8 years after losing his license to practise law. In anticipation of the game’s launch, a free downloadable demo is now available on Nintendo eShop.

While all three titles are interesting for their own reasons, I would definitely go with Bravely Default being my top pick!