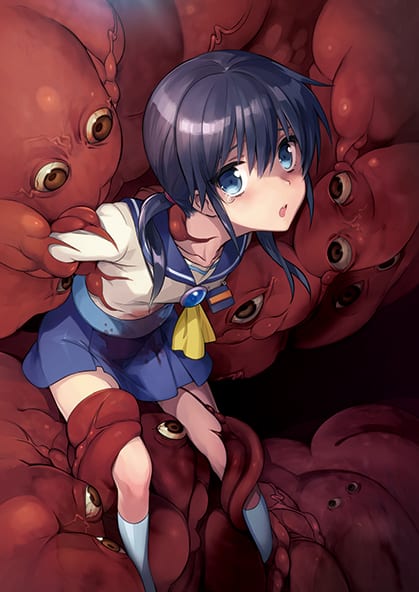 Now that you have kindly drawn your eyes away from the image of Ayumi Shinozaki ensnared by red tentacle-like beings, to business! Publisher 5pb have confirmed that Corpse Party: Blood Drive, the third installment in the Corpse Party trilogy which was rebooted by Team GrisGris (The original developers) several years ago, has been delayed to 2014 from its original late-2013 release date.