It was announced several months ago that ATLUS USA would be releasing Aquapazza: Aquaplus Dream Match on the Playstation this coming November. Set to feature characters from a number of AquaPlus franchises – several of which have seen limited or no international releases, it is your typical fighting game with a few mechanics to set it apart from the crowd.

The publisher have today shared a brief minute and a half long trailer featuring characters from Utawarerumono to appear in the game, a series originally developed by Leaf, published by AquaPlus and later adapted into an anime series licensed by Funimation internationally. They have also released three new character cards focusing on characters from two different franchises. 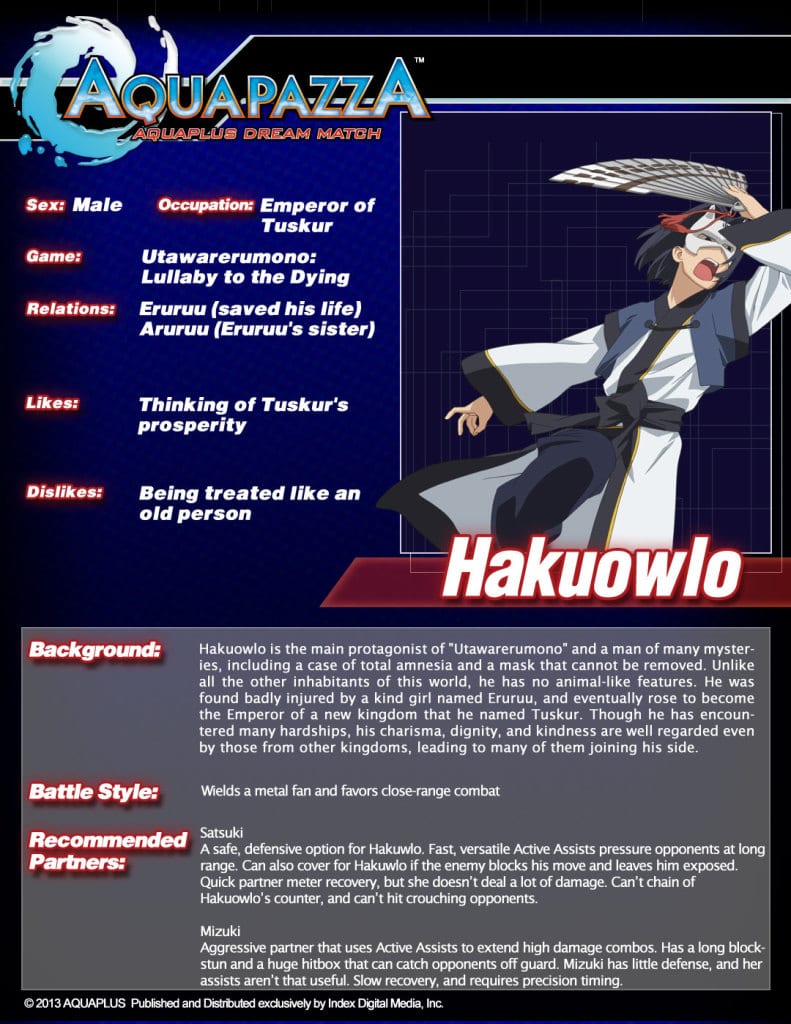 Hakuowlo // Utawarerumono: Lullaby to the Dying – The honorable Emperor of Tuskur who wields a metal fan with great dexterity 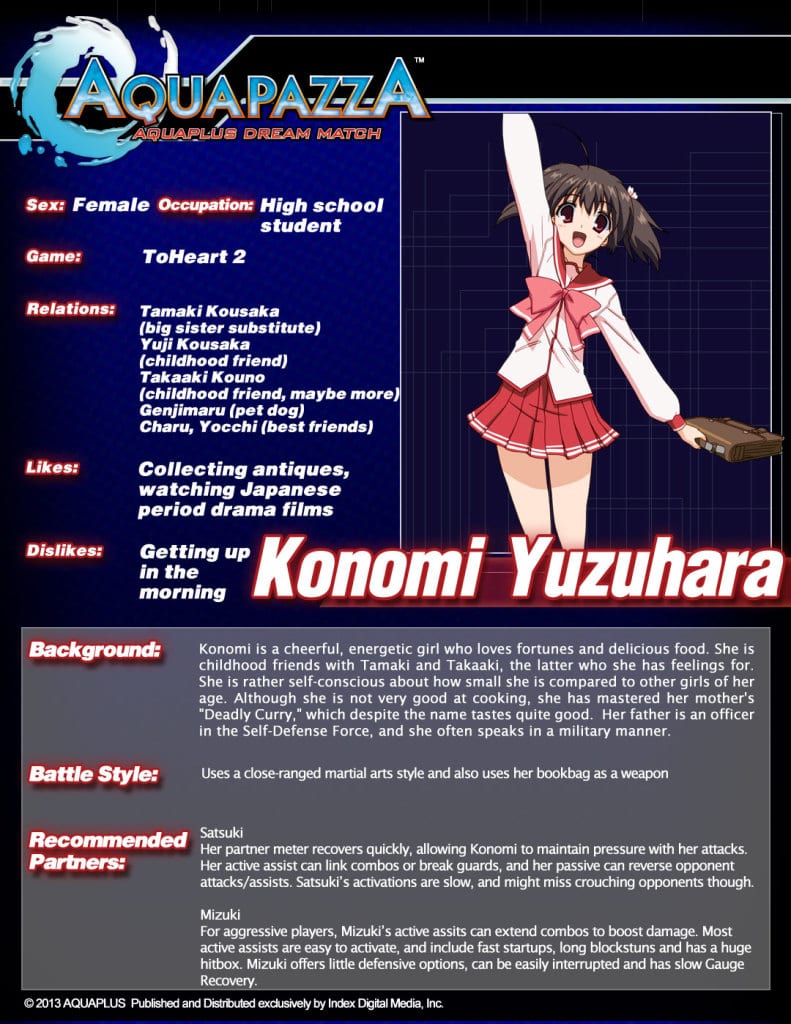 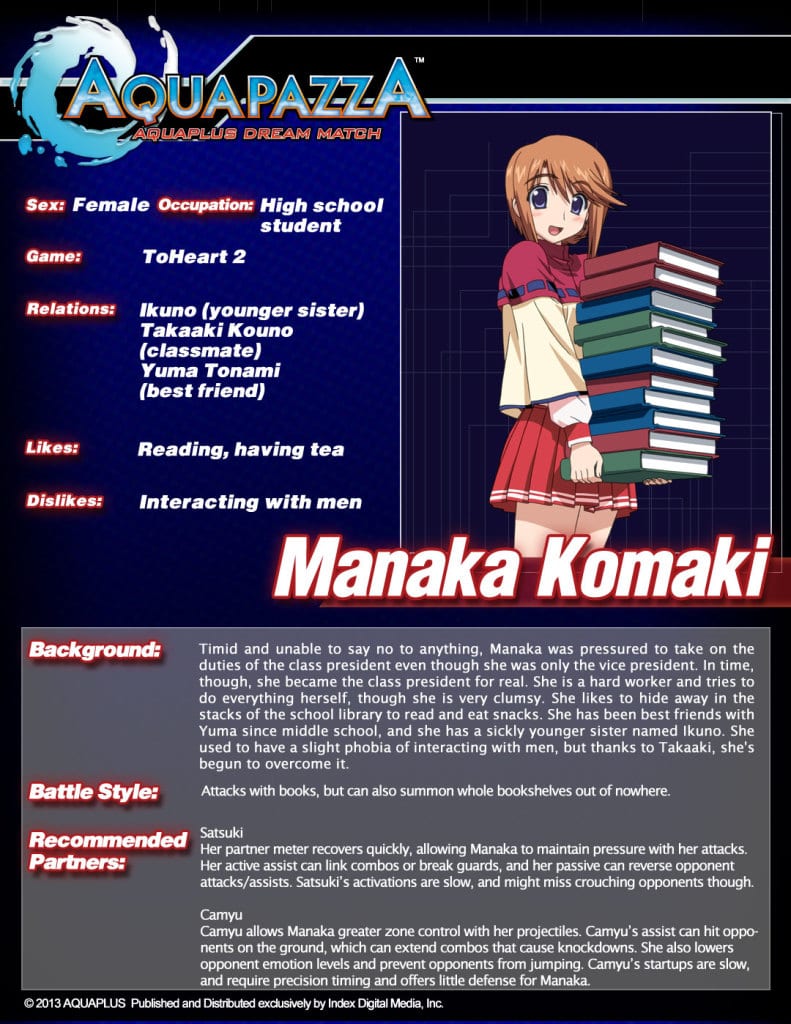